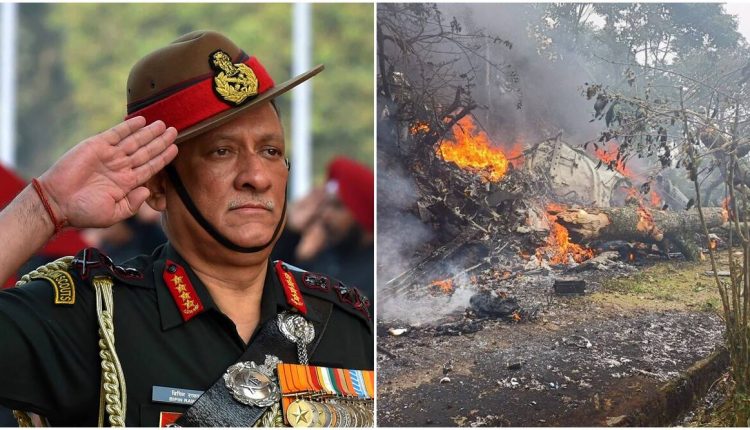 CDS Rawat Helicopter Crash: Bad weather is likely the reason behind the crash,probe comes into surface

New Delhi,January 06 :  The Helicopter crash in which Chief of Defence Staff General Bipin Rawat and 13 others were killed was caused by bad weather, sources told The Indian Express, even as the IAF top brass on Wednesday briefed Defence Minister Rajnath Singh on findings of the probe into the December 8 incident.

According to the sources, the probe has ruled out human error or technical snag as well as sabotage as possible causes.

Although there is no official word yet on the probe findings, the sources said the investigation found that the Mi-17v5 helicopter carrying General Rawat and others encountered sudden bad weather, which could have resulted in it hitting a surface before crashing in a forest near Coonoor, Tamil Nadu.

According to the sources, the helicopter was descending for landing when it was suddenly caught in bad weather. They said Wellington is located in a topographic bowl and often has a slight fog cover.

The bad weather led to what in aviation terms is known as Controlled Flight into Terrain (CIFT), in which a pilot, who is in control of the aircraft, hits a surface unintentionally

CIFT is one of the main causes of aircraft crashes globally.

Sources said a review of the standard protocols for helicopters carrying senior military officials is likely to be recommended.

A day after the crash, the Defence Minister had announced a tri-service Court of Inquiry into the incident. The probe team headed by Air Marshal Manvendra Singh, who is the Air Officer Commanding-in-Chief of the Training Command, included a Commodore-level helicopter pilot from the Navy and a Brigadier-level senior Army officer.

Among other aspects, the probe team also examined the black box, which comprises the Flight Data Recorder and the Cockpit Voice Recorder, that was recovered from the crash site.

Sikkim: While taking selfie a 20-year-old Tourist ‘drowned’ in the Lachung river