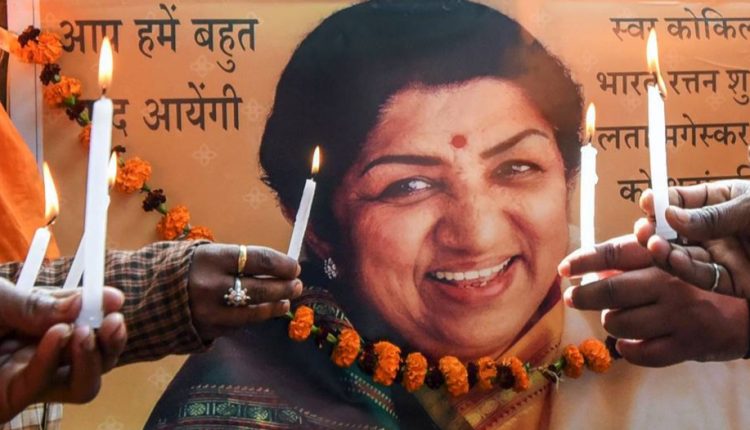 New Delhi, February 06: Legendary singer Lata Mangeshkar died on Sunday at the age of 92 years. The megastar had been admitted to Mumbai’s Breach Candy hospital on January 8 after she was diagnosed with Covid-19 and pneumonia. Though having recovered from Covid the singer was put on ventilator support after her condition worsened on Saturday. The singer will be cremated with full state honours in Mumbai’s Shivaji park on Sunday.

Lata Mangeshkar was known as the ‘Nightingale of India,’ had sung in Hindi, Marathi, Bengali and other regional languages. She was honoured with the Bharat Ratna, Padma Vibhushan, Padma Bhushan and Dadasaheb Phalke Award as well as several National and Filmfare Awards. Lata Mangeshkar’s last complete album was for 2004 Bollywood release Veer-Zaara.