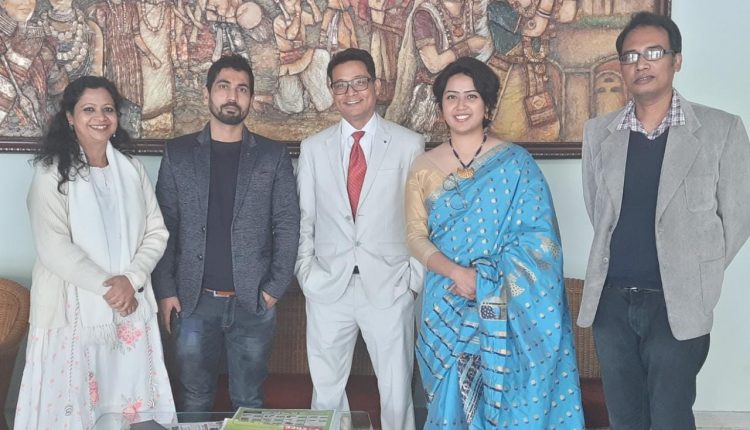 Short Film Kumu-The Song of a Wingless Bird Brings the Plight of an Adivasi Girl Child to the Fore.

Set against the lush green tea gardens of Assam, the short film follows the lives of a 12-year-old Adivasi girl, Kumu, who was forced to forsake her education and carefree life owing to familial circumstances. Disturbed by regular conflicts between her drunkard father and a diligent mother, she is also burdened with the responsibility of looking after her younger sister. With her little sister on her lap and the regular hardships she has to face, Kumu turns into a withdrawn girl. She walks through the lanes of the green tea garden beneath the azure sky and attempts to escape her harsh reality.

Parthajit Baruah, who is also an Indian member of the International Federation of Film Critics (FIPRESCI), praised the film for its social value and appreciated the debut director’s effort. “I wish Akanshya a bright future so that she can make everyone of us proud, including her friends and family and the Department of Mass Communication and Journalism, Tezpur University along with the society and Assam”, he said.

Through the journey of Kumu, the film focuses on how the Adivasi children living in the tea gardens of Assam are deprived of their childhood happiness and hopes, beauty and parental care and are even forbidden from dreaming of a life beyond their predetermined fate.

Akanshya Bhagabati, who has previously worked as an assistant director in Parthajit Baruah’s The Children of God, and also a final year student of the Department of Mass Communication and Journalism, Tezpur University said, “I have not attended any film school, but the story that I have attempted to express here is very special to me, and it is this concept that has given me the strength and enthusiasm to turn it into a film. The entire journey has been a learning process for me from the masters of their field”.

She hopes that the film will be well received and expressing the power of good cinema she added, “I will be forever committed to my struggles and cause of bringing social issues to the forefront with cinema”.

Made in Sadri language, the major cast of the short film includes Geeta Bhumis Munda, Dibika Mura, Debessor Bhumis, Arjun Munda among others. The titular role of the little girl is played by Nayanmoni Mura.

Prof Abhijit Bora of the Department of Mass Communication and Journalism, Tezpur University appreciated the cinematography and sound design of the film and encouraged the students to engage in more such endeavors. “This film is an example. I would definitely love if Akanshya’s batch mates and her juniors take more such initiatives in future”, he added.

National Award winning singer Tarali Sarma, who is the music director of Kumu- The Song of a Wingless Bird, appreciated the cinematic choices and sensibilities of Akanshya Bhagabati as well as the performance of Nayanmoni Mura. “She has conveyed the emotions so meaningfully with only her looks that it is worthy of all praise”, she said.

She also shared her experiences of working in the film and said, “The film is designed and narrated in such a way that any usage of sound would disrupt the flow. As a result, it just required minor sound enhancements, and all I did was added a few finishing touches and a bit of a song for the film.”

Sarma also praised Suraj Duara’s color grading of the film. “We seldom think of color as a character in the film but Suraj’s work in the film has been able to accurately depict a society through colors”, she added.

“Today color grading plays a very significant role in cinema and yet whatever we do, cinema is ultimately the director’s medium. So we have only attempted to achieve Akanshya’s vision. As a result, she deserves all of the credit for it”, said National Award winner Suraj Duara.

Highlighting the importance of Debajit Gayan’s sound design in the film, singer Tarali Sarma also reflected on her previous collaborations with the National Award winner and said “Debajit and I have worked together on numerous projects and I am assured that the level of realism in his sound design is exceptional and I can instinctively feel where my music will aid his sound design”.

Also present at the event was Nayanmoni Mura who played the role of Kumu in the film. She shared her experiences of working in the film as a beautiful experience and said, “When I get home, I’ll tell my friends and family that I looked great on screen and that I had a good time.” 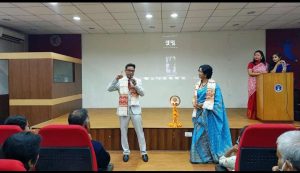 Reflecting on her previous experiences of closely observing life in tea gardens of Assam, lyricist of the film Jahnabee Goswami Bhagabati related to Kumu’s life the most, “I am emotionally overwhelmed because the story is not just limited to Kumu but within her character resides the woes and challenges of every other girl child and life in tea gardens which continues beyond their childhood”, she added.

Shot in and across Dhontula Tea Estate near Nagaon in Assam, the cinematography of the film is credited to Chida Bora who has previously worked in Jaicheng Jai Dohutia’s National Award winning drama Haanduk-The Hidden Corner. The editing is done by Hirak Jyoti Pathak . The assistant director of the film is Rupam Saikia and the location sound was recorded by Diky Kashyap with Mithu Bora, Arjun Munda and Deepjyoti Kakoti as production managers. 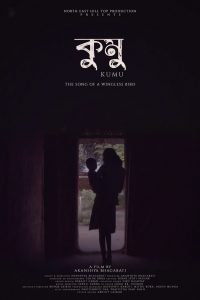