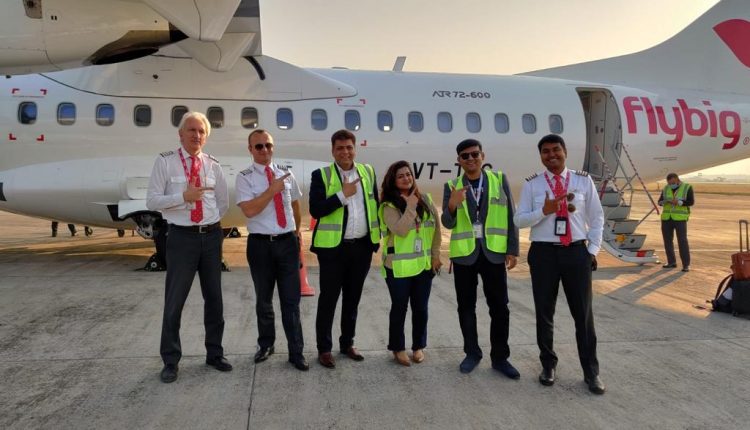 flybig increases its capacity with addition of ATR 72500 in its fleet now flying 7 days a week.

AZIR KHOBOR, Guwahati, 17 February, 2022: flybig, a scheduled commuter airline, has expanded its fleet with the addition of an ATR72-500. With this addition, the flybig has increased its operational capacity in the North East, allowing it to operate 7 days a week in Arunachal, Assam & Tripura. It has been operating its flights 4days a week, covering 8 cities including Metropolitan city of Kolkata.flybig airline has become very popular among frequent flyers in the Northeast by making air travel convenient at affordable rates
Today the ATR72-500 in the shining bright fuchsia livery of flybig, took off on its ferry flight from Rajiv Gandhi International Airport Hyderabad to Guwahati’s Lokpriya Gopinath Bordoloi International Airport.
flybig has many firsts under their wings. For the first time, an airline has tied up a GSA arrangement with an Online Travel Agent Platform (OTA). flybig announced its collaboration with EaseMyTrip in January 2022.
Recently it entered into an agreement with IRCTC under ‘DEKHO APNA DESH’ facilitating the travellers to book air tickets from the IRCTC portal. flybig was started under the ambit of UDAN Initiative. Now, the new airline has been awarded “Champions of UDAN.” by the Ministry of Civil Aviation in Nov 2021.
Capt. Sanjay Madavia, CMD, flybig with his team, performed a Puja Ritual and a Coconut Breaking Ceremony when the new plane landed at Guwahati’s Lokpriya Gopinath Bordoloi International Airport. A water cannon salute was also performed to welcome the sleek new ATR72-500 into the flybig fleet, with plumes of water ejected from the Crash Fire Tender.
On this occasion Capt. Sanjay Mandavia stated that Arrival of new plane ATR 72-500 in flybig fleet will enhance our flight connectivity in the North Eastern States of India. Further he stated that North Eastern states have immense tourism potential with breath taking beauty landscapes and wants more and more people from India to discover the pristine beauty breath-taking landscapes.”He also informed flybig currently operates in three states in North East- Assam, Arunachal Pradesh and Tripura covering 7 cities Dibrugarh, Guwahati, Lilabari, Rupsi, Pasighat, Tezu and Agartala
About flybig
flybig is a scheduled commercial airline which was launched under the UDAN initiative of the Government which aims to provide connectivity to people in remote areas at affordable pricing. The airline began operations in January 2021 and is focused on connecting tier-2 cities within India. It bears the big vision to be recognized as an airline with integrity that truly cares for all its patrons as a family!

About Capt. Sanjay Mandavia, CMD – flybig
Capt. Sanjay Mandavia is a risk-taking business leader and aviation professional with more than two decades of experience as a pilot and entrepreneur. He has always believed in the ethos of being a step ahead of his peers, identifying and converting business opportunities into tangible, vision-oriented, and value-driven businesses that contribute to the nation’s economic and social development, as well as nurturing and promoting local talent, thereby promoting the nation’s economic and social development. Capt. Mandavia is also known for his interest and participation for a bid to acquire Jet Airways, a clear demonstration of his commitment and vision to alleviation of Indian aviation’s many challenges while continually elevating Indian aviation to global standards.
Capt. Mandavia has expressed his vision for India’s aviation industry with the launch of flybig in January 2021, demonstrating India’s need for aviation industry experts, visionary talent, and entrepreneurial spirit which can take the industry to new pinnacles and horizons of success, especially as the country emerges from a global pandemic that has harmed global and regional economies. 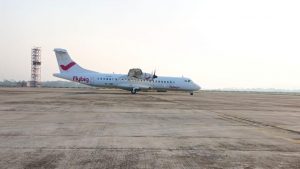