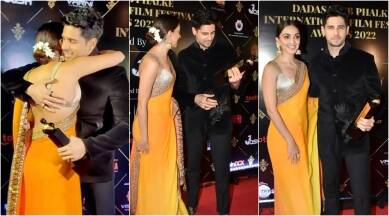 Cinephiles got a dose of glitz after a long time as several Bollywood stars walked down the red carpet of 68th Dadasaheb  Phalke International Film Festival Awards 2022 in Mumbai on Sunday. The ceremony, which was held in-person, saw some of the big names of the industry, many of who also walked away with honours.

Sidharth Malhotra and Kiara Advani not just grabbed eyeballs on the red carpet, but their Shershaah also bagged the Best Film award with the lead actors taking home the Critics Best Actor and Best Actress awards, respectively. Shershaah was among the biggest hits last year, which gave a new lease of life to both Sidharth and Kiara’s careers, who’re also rumoured to be dating for sometime now. 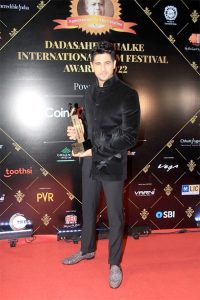 Upon receiving the Best Actress Critic’s Choice Award, Kiara Advani called Shershaah “truly special”. In a statement, she said, “The biopic on Captain Batra has been unanimously loved by the audience and the critics, there’s just so much gratitude in my heart.” 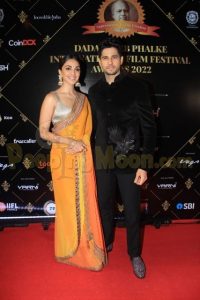 Expressing gratitude, she dedicated the award to Vikram Batra’s fiancé Dimple Cheema, whose part Kiara played in Shershaah. She called it an emotional journey and said, “This award I want to dedicate to Dimple who I portrayed in the film. It’s been the most emotional journey and this is to Dimple and all the unsung heroes who have been the force behind the armed forces, for their dedication, unconditional love and support for the nation.”

Raveena Tandon and Lara Dutta, who are out experimenting with characters and scripts on the digital platform, also arrived for the awards night, along with Sanya Malhotra and legendary Asha Parekh 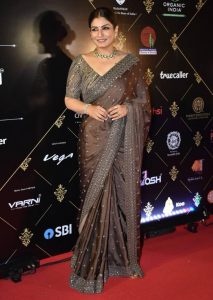