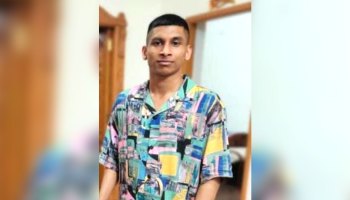 who was rejected by the Indian Army twice, has taken up arms in support of Ukraine as part of the Georgian National Legion Paramilitary unit.

According to an intelligence report to the Centre and the state government.

Police has submitted a report describing his family background, conduct and the probable reason for his decision to take up arms for Ukraine.

After Class XII, he tried to join the Army but didn’t make it. A family friend told  that he once approached the US consulate in Chennai, seeking to know if he stood a chance of joining the American army. On realising he coudn’t, Sainikhesh enrolled for a course at National Aerospace University in Kharkiv in September 2018. He stayed at the university hostel.

His family told the police that Sainikhesh was “normal” all these years and keenly pursuing his studies. His five-year course ends in July.