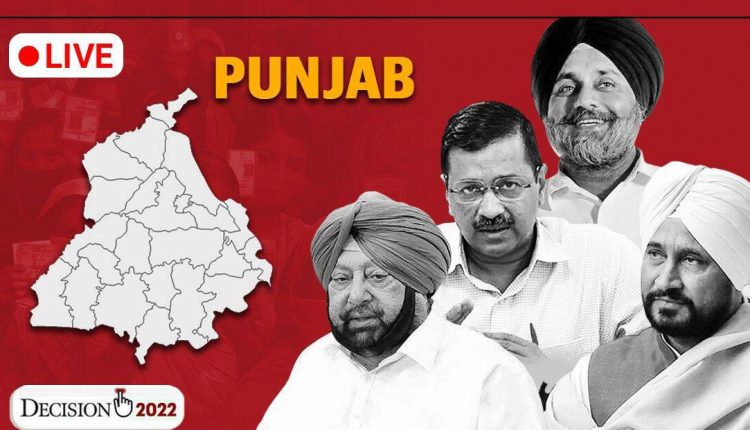 This is the first time in his political career when he has lost an election.

Also, AAP’s Punjab CM face Bhagwant Mann has won from Dhuri constituency. Bhagwant Mann addressed the people of Punjab in Sangrur at 1 pm. The AAP is all set to mark its win in Punjab. The party has defeat powerful leaders like Charanjit Singh Channi, Navjot Singh Sidhu, Parkash Badal, and Sukhbir Singh Badal. Not only this Channi and Navjot are most likely to give resignation from their post.

Reacting to AAP’s win in Punjab, leader Arvind Kejriwal said “Many congratulations to the people of Punjab for this revolution”. Party supporters celebrated outside the AAP office in Delhi over its superb performance in Punjab.

Addressing party workers, AAP’s Punjab co-in-charge Raghav Chadha said, “Punjab has proven that it likes the Arvind Kejriwal-Bhagwant Mann pair, and no other party’s pair… all other parties tried to defame us and called Kejriwal Ji a terrorist, but public proved that he is a ‘shikshak-wadi'”. Highlighting the fact that people have rejected Shiromani Akali Dal and Congress, Punjab will no longer be known as Udta Punjab. “Punjab has given chance to Kejriwal’s model of governance. Today, his model of governance has been established at the national level. This is the victory of the ‘Aam Aadmi‘ (common man),” Delhi Deputy CM Manish Sisodia remarked.