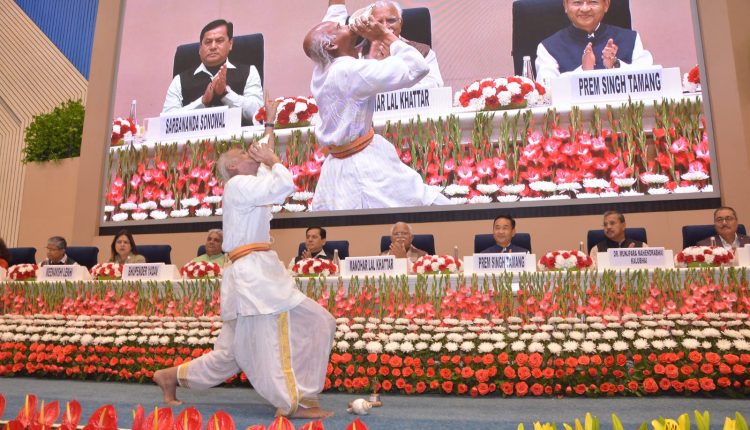 Moraji Desai National Institute of Yoga is organising the Yoga Mahotsav to mark the beginning of 8th International Day of Yoga : Campaign to run for 100 days, in 100 cities & 100 organisations from 13th March to 21st June across the world

AZIR KHOBOR, New Delhi, 13th March, 2022: The Union Minister of Ports, Shipping & Waterways (PSW) and AYUSH, Sarbananda Sonowal, today inaugurated the 100 days long campaign, Yoga Mahotsav, organised by the Moraji Desai National Institute of Yoga (MDNIY) here today. This campaign will run for 100 days starting from today and culminating on the 8th International Day of Yoga on 21st June, 2022. The campaign will cover as many as 100 cities as well as 100 organisation across the world.

Speaking on the occasion, the Union Minister, Sarbananda Sonowal said, “Yoga is the symbol of India’s rich cultural heritage. The contribution of yoga in enriching our body and mind is immense. When the Prime Minister Narendra Modiji gave his historic speech at UNESCO Headquarters, the UN decided to declare 21st June as the International Day of Yoga after almost all countries of the world applauded what Modiji said. Yoga is fast becoming the symbol of peace & happiness, brotherhood and good health. Its role in our modern lifestyle is significant as it helps alleviate illness, tackles depression and relieves mental stress. Yoga has, hence, now become a world wide phenomenon and everyone is embracing this great art of India. In this regard, India has taken the lead which is why it is known as YogGuru. AYUSH ministry has been working tirelessly to sustain this global movement and will do everything possible to make both the Mahotsav and the Yoga Day great successes. I appeal everyone to join this movement and take the upcoming 8th edition of Internation Day of Yoga to the pinnacle of success.” 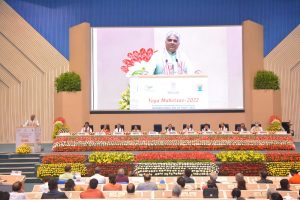 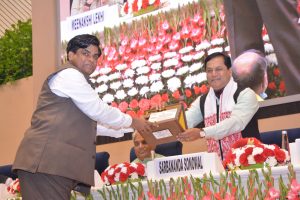