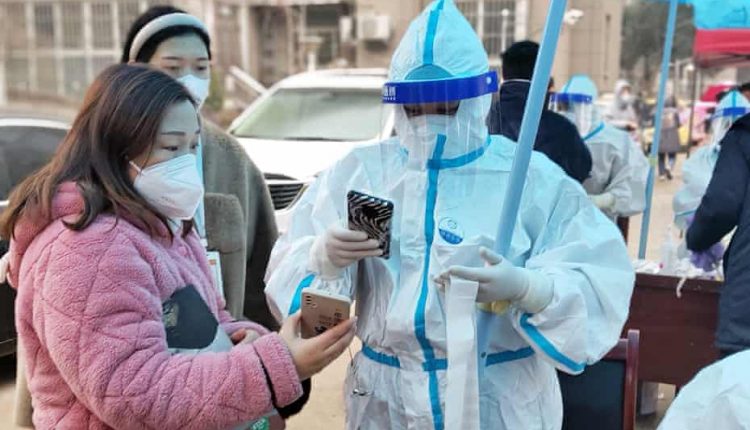 China: The city of Jilin is partially locked down, due to surge in covid-19 cases in China

As China faces its gravest Covid outbreak in two years, the authorities are working round-the-clock to construct a makeshift hospital Jilin city. The facility, which will provide 6,000 beds, is expected to be completed within six days, reported Xinhua.

Jilin province, in the country’s northeast, recorded over 1,000 new cases for the second day in a row, on Monday..

The nationwide surge in cases has seen authorities close schools in Shanghai and lock down several northeastern cities, as almost 19 provinces battle local outbreaks of the Omicron and Delta variants.

LIVE: A makeshift hospital is under construction in Jilin City in China's Jilin Province to cope with a resurgence of COVID-19. The facility, which will provide 6,000 beds, is expected to be completed within 6 days https://t.co/JJRuqZzzZO

The city of Jilin has been partially locked down, with hundreds of neighbourhoods sealed up, and the mayor of Jilin and the head of the Changchun health commission were dismissed from their jobs Saturday, state media reported.

The smaller cities of Siping and Dunhua, both in Jilin province, were locked down Thursday and Friday, according to official announcements.

China, where the virus was first detected, has maintained a strict ‘zero-Covid’ policy enforced by swift lockdowns, travel restrictions and mass testing when clusters have emerged.

But the latest flare-up, driven by the highly transmissible Omicron variant and a spike in asymptomatic cases, is challenging that approach.

Residents of Jilin have completed six rounds of mass testing, local officials said. On Sunday the city reported over 500 cases of the Omicron variant.