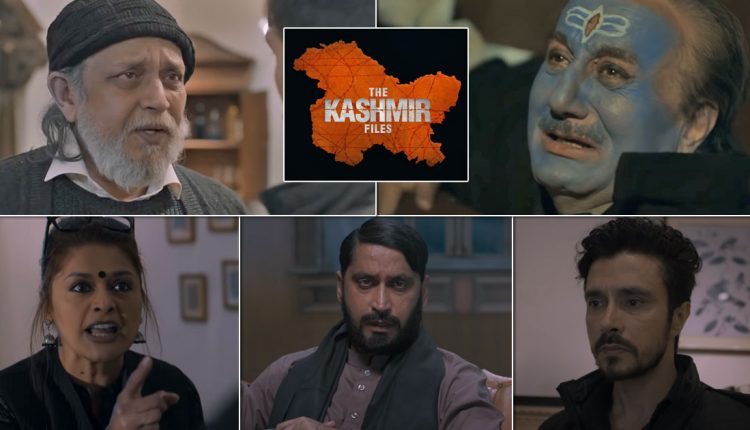 By Ranbir Hanse On Mar 17, 2022
Share FacebookTwitterWhatsAppEmailPrint
The new released Hindi movie Kashmir Files is popular all the rage right now. Based on the exodus of Kashmiri Pandits from the valley in the 1990s, the movie is the centre of attraction, so much so that everyone is trying to milk the popularity.
Cybercriminals are also on the lookout, targeting people who are searching for links to download The Kashmir Files for free. Now, Additional Deputy Commissioner of Noida Police, Ranvijay Singh, has warned mobile users against WhatsApp fraud involving malicious links to download the movie, The Kashmir Files.

Singh told the Times of India that the police have registered some complaints related to fraud in which users clicked on certain download links for the movie, The Kashmir Files, since they received them on WhatsApp from trusted contacts. But as soon as they opened these links, the hackers apparently gained access to the information on the users’ phones and are able to steal confidential details, such as bank account numbers.
“The film has been released recently and has garnered a lot of interest. Taking advantage of the situation, cyber fraudsters have started sending links on WhatsApp to download the movie for free. Once the person clicks on the link, it enables the fraudsters to access information on the user’s phone and easily steal confidential details, including information on bank account,” Singh was quoted as saying in the report.

How the WhatsApp fraud related to The Kashmir Files works

According to Singh, hackers have generated several fraudulent links that are now circulating on WhatsApp. The link convinces users to click it if they want to download The Kashmir Files movie in high quality for free. Given that the movie is popular right now and that piracy is prevalent even today in India, users fall into the trap. The moment they open the link on their phone’s browser, hackers immediately inject malware into the phone. While the nature and kind of this malware are not clear, the police said it steals confidential information, including bank account numbers, to carry out fraudulent transactions.

According to Singh, at least three victims registered their complaint at just one police station within 24 hours, reporting cyber fraud in which they lost a combined amount of Rs 30 lakh.

If you want to watch The Kashmir Files or any other movie, it is better to go to theatres. Piracy may be lucrative, but it is also a gateway to several threats. With advancements in cybercrime, it has become ever so hard to detect when someone is siphoning off your confidential data and using it in an illegal way. These malware attacks are mostly about money, but sometimes your identity could be misused, as well. The additional DCP of Noida Police has, thus, warned users against such phoney links that you may as well have come from a trusted source on WhatsApp.