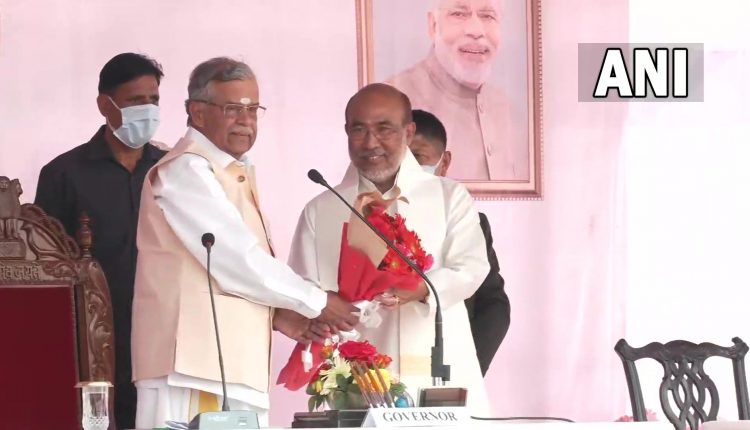 Manipur, March 21: After the BJP party getting majority seats today Nongthombam Biren Singh took oath Chief Minister of Manipur for the second consecutive term. On Sunday, Bharatiya Janata Party observers along with other party leaders held a meeting to stake claim to form the government in the northeastern state.

BJP won an absolute majority in the state for the first time. It will be the second successive government of the party in the state.

“It’s a good decision taken unanimously by everyone. It will ensure that Manipur will have a very good, stable and responsible government which will be built further because the Centre today under the leadership of PM Modi gives special attention to the northeast state. Therefore, this decision will go a long way in providing Manipur stability and good governance together,” Sitharaman told media persons after felicitating N Biren Singh.