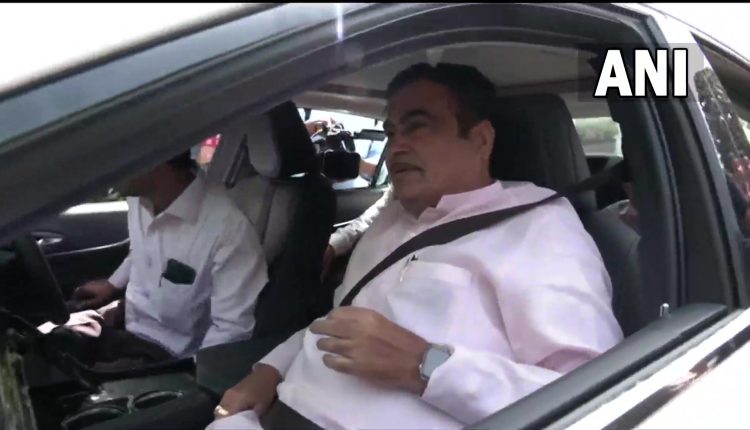 New Delhi,March 30: India’s Union transport minister Nitin Gadkari who has been championing alternative fuel on Wednesday reached Parliament in his Hydrogen-powered car Toyota Mirai making a statement that hydrogen is the future of fuel. “To become ‘Atmanirbhar‘, we’ve introduced green hydrogen which is generated from water. This car is a pilot project. Now, the manufacturing of green hydrogen will begin in the country. Imports will be curbed and new employment opportunities will be created,” the minister said.

In January, the minister said he would be seen in the car on Delhi roads so that people get encouraged to use Hydrogen fuel which will be the fuel of the future. The car is from Japan’s Toyota company and the hydrogen fuel is from the Faridabad-based Indian Oil Pump, as he earlier said.

In Parliament too, the minister has talked about alternative fuel and said green fuel will reduce the cost of electric automobiles bringing their price on par with petrol-run vehicles in the next two years. Alternative fuel will also bring the pollution levels of the national capital down, the minister said.

“I can say within maximum of two years, the cost of electric scooter, car, autoricksahw will be same as petrol-driven scooter, car, autorickshaw. Prices of lithium-ion battery are coming down. We are developing this chemistry of zinc-ion, aluminium-ion, sodium-ion batteries. If petrol, you are spending ₹100, then on electric vehicle you will spend ₹10 (for using),” Gadkari said.

An alternative to traditional fuel that can be used on any vehicle and dependable for medium to long travel.

It is a zero-emission fuel.

It will take only 3-5 minutes to fill hydrogen in a car just like it takes to refuel petrol.

In a hydrogen-powered car, the gas is stored in a high-pressure tank and is transferred to the fuel cell to generate electricity created by a reaction between hydrogen and oxygen.

During the journey, there will be no emissions other than water.