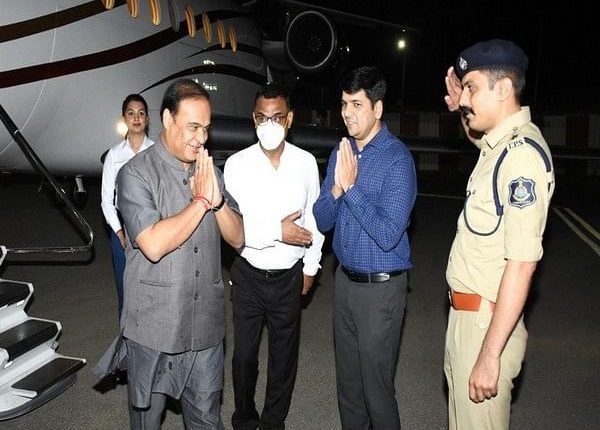 The Chief Minister on Tuesday arrived in Gujarat’s Jamnagar.
President Ramnath Kovind on Sunday inaugurated the annual Madhavpur Mela and said the five-day cultural fair is a “festival of uniting people of the country through feelings”.

He also expressed hope that the annual cultural fair will have a special place in the traditions of India.
The week-long ‘Madhavpur Mela’ is held in the village of Madhavpur near the sea at Porbandar in Gujarat and celebrates the marriage of “Lord Krishna with Rukmini.”
Madhavpur Mela begins on Ram Navami, the day marking the birth of Lord Rama as per the Hindu lunar calendar. (ANI)

CII –Young Indians leaders from 57 cities sign a pledge to build healthier cities On World Health Day, leaders from across India in the presence of WHO Regional Advisor promotes healthier tomorrow through a structured health plan