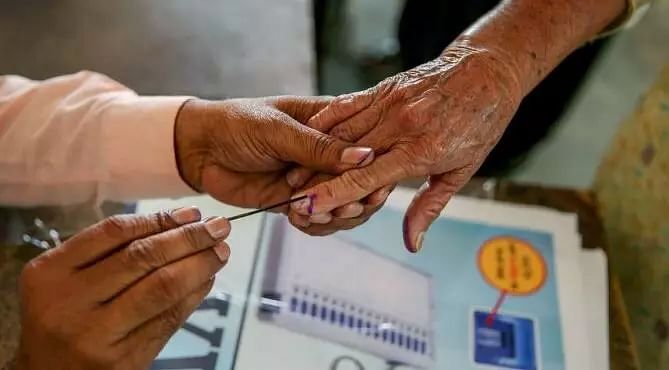 KAAC Poll 2022: 26 Constituencies of East And West Karbi Anglong Poll to be held on June

By Ranbir Hanse On May 17, 2022
Share FacebookTwitterWhatsAppEmailPrint
State Election Commission on Thursday announced elections to the Karbi Anglong Autonomous Council (KAAC) on June.
Elections will be held in all 26 council constituencies of Karbi Anglong and West Karbi Anglong district. The counting of ballots will take place on June 12.

State poll chief, Alok Kumar, said in a news conference on Thursday that polling will be held from 7.30 am to 4.30 pm. In case of repoll, the same will be held on June 10. May 23 (11 am to 3 pm) is the last day for filing nominations. Scrutiny of nominations will take place on May 24 and on the same day, till the time of preparation of the list of valid nominations, candidature can be withdrawn. On May 24 itself, a list of valid nominations will be published.
“All provisions of the Model Code of Conduct will come into force with immediate effect in the respective areas covered by the Karbi Anglong Autonomous Council”.

Last Polls and numbers of voters:

Apart from engaging about 12,000 government officials in the election, the state police will be deployed to maintain law and order. “The council preferred to go with ballot boxes but transparency will be maintained,” Kumar added.

The commission has also announced a by-election to the Koklabari council constituency under the Bodoland Territorial Council (BTC) on June 8. The counting of ballots will be held on June 12.

The by-election was necessitated in Koklabari as UPPL president and BTC chief executive member Pramod Boro vacated the Koklabari seat which he won along with Goibari in the 2020 BTC polls. Boro contested from both seats