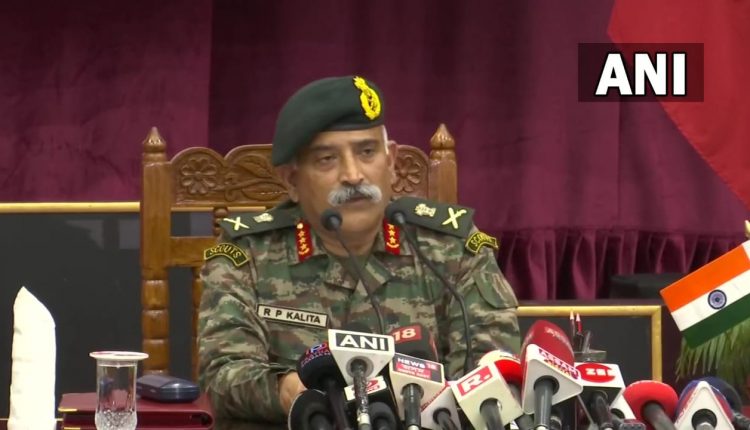 Guwahati, May 16: In a big affirmation, Eastern Army Commander Lt. Gen Rana Pratap Kalita on Monday informed that China is upgrading its infrastructure along the Arunachal Pradesh border. Addressing a press conference, Lt Gen Kalita underlined that from roads, railways as well as the construction of airports and helipads, China was engaging in ‘capabilities enhancement’ along the Eastern flank of the LAC, and was also building ‘dual-infra’ villages, which could serve military purposes in times of war.

Detailing the changes, Lt. Gen Rana Pratap Kalita stated that when it comes to line in Tibet, there has been a lot of ‘infrastructural development’ taking place on China’s side. He also assured that Indian forces are continuously monitoring the situation, and upgrading their operations as well.
The other side is constructing and upgrading roads and tracks, railways connectivity, constructing new airports, helipads, all the activities are being undertaken to ensure they are in a better position during to respond to an emergency situation. We also keep talking about the border villages, close to the Arunachal Pradesh border, which have a dual-use possibility,” he shared.

If we put together everything we can safely say that the PLA is engaging in capabilities enhancement across LAC. Our forces are continuously monitoring the situation and upgrading our capabilities in terms of infrastructure and operation as well,” the Lt. Gen Rana Pratap added.

Recently, Indian Army chief General Manoj Pande stated that Beijing seems to be ‘interested’ in keeping the border tensions between the two nations ‘alive’. The two countries had witnessed the first big shake-up in their diplomatic relations in present times when clashes erupted in the Galwan Valley in 2020, following months of military build-up by China. Notably, India and China have so far held 15 rounds of military and diplomatic-level talks on the eastern Ladakh standoff and have agreed to continue talks for reaching a mutually acceptable resolution.
Share FacebookTwitterWhatsAppEmailPrint