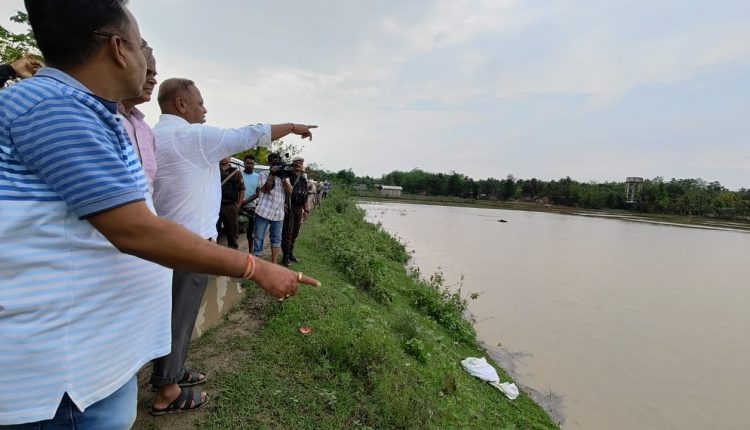 In view of the worsening flood situation in the district and as per direction of the Chief Minister, Minister Suklabaidya monitored the flood situation in three affected revenue circles of Hojai, Doboka and Lanka. Suklabaidya, who is the Guardian Minister of Hojai district, had a first hand account of the overall flood situation at a meeting with Deputy Commissioner, Anupam Choudhury, SP, Barun Purkayastha, Brigadier, 106 Brigade, JAT Regiment, N.Romeo Singh, MLA, Ramkrishna Ghosh and officials of Water Resources and other concerned departments.

Suklabaidya asked the administration to carry out rescue and relief operations on a war footing. He directed the administration to leave no stone unturned to provide gratuity relief materials and medical care to those living in the relief camps, especially lactating mothers and babies. He directed officials to provide quality food, safe drinking water and take measures to prevent spread of diseases. Instructions were also given to adhere to COVID-19 protocols strictly in relief camps.

Suklabaidya asked the administration to press more country boats into service to rescue marooned people. He said the government will provide all rescue and relief help to those affected.

Deputy Commissioner, Choudhury apprised the Guardian Minister about the slew of steps initiated by the administration to provide succour to the flood affected people.

Later, the Minister accompanied by the Deputy Commissioner and other officials visited Singari Basti which was inaundated in the wee hours on Tuesday. He assured the locals that sufficient boats from the NDRF, and Army will be deployed soon for swift evacuation. He also instructed the Deputy Commissioner to provide continuous supply of food, drinking water and other necessary items to the inmates of the relief camp set up at the Singari Basti LP School nearby. He also monitored flood hit Radhanagar and Jugijan areas and directed the authorities to expedite rescue and relief operations of the affected people.

Three breaches have occurred at Jamunaguri near Jamuna river under Binnakandi development block, 48 block embankment under the same block and Chanjurai embankment near Kopili river on May 16 affecting a population of 78,157 and over 4,611 hectare of cropped area of 62 villages. 50 relief camps and distribution centres have been opened by the administration. 29,827 persons are in the relief camps. 786 persons have been evacuated by SDRF personnel and local people. Three medical teams have been deployed by the administration. 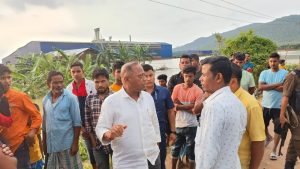