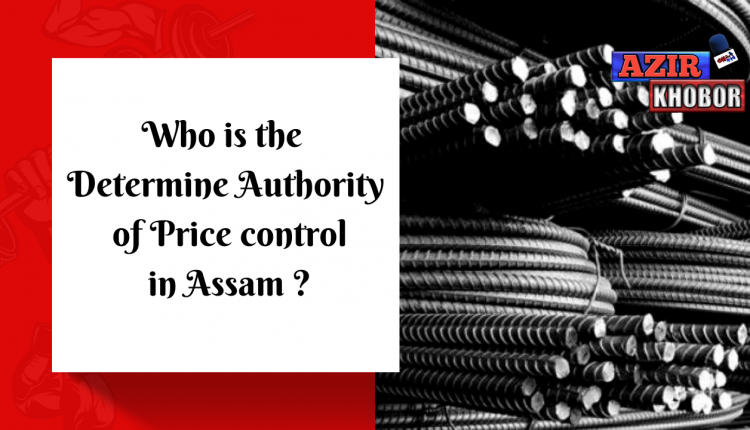 Why despites the widrawal of 15% export duty by the centre Govt people’s are paying 20,000 extra To TMT in Assam?

By Ranbir Hanse On May 23, 2022
Share FacebookTwitterWhatsAppEmailPrint
Guwahati: Though the market started on a strong footing despite mixed cues from Asian markets, metal stocks were under tremendous pressure on Monday. Shares of steel companies fell up to 14 per cent on the BSE in Monday’s trade, after the government levied export duty on 11 iron and steel intermediates and key steel products. The government levied an export duty of 15 per cent on almost all the major steel products.
Top metal stocks crumbled as JSW Steel, Tata Steel touched lower circuits, while Hindalco dropped more than 5 per cent as Nifty Metal corrected more than 7 per cent in the early trade on Monday. Besides, Steel Authority of India (SAIL) also tanked over 10 per cent trade on its 52-week low.

Additionally, metal stocks were already under pressure amid geopolitical tensions as Nifty Metal has corrected nearly 18 per cent in the past one month as on May 23. Steel stocks have almost corrected between 20-40 per cent from their 52-week highs due to rising coal prices, falling demand and weak international prices.

Mr. Shiv Deka questions, who is responsible for the price rise in Assam:

Most of the exports of steel/stainless steel have decreased prices by 15 per cent after export duty widrawal , earlier a month ago one matric ton TMT steel Bar was selling Rs. 60,000 per matric ton however from March 9 it’s has suddenly rised the prices to around Rs. 85,000 per matric ton. We are not able to understand why the price is going up in this manner.
It will not only hamper our Business but also affecting the general public in constructing thier houses. Government of Assam is silent about it, now who is responsible for the price rises in Assam, Why Minister of Commerce, Industry Assam Chandra Mohan Patowary is not taking any iniatives against Burning price rises in Assam Mr. Shiv Deka added. 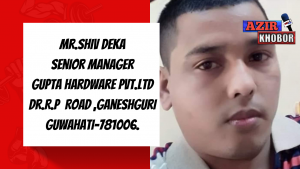