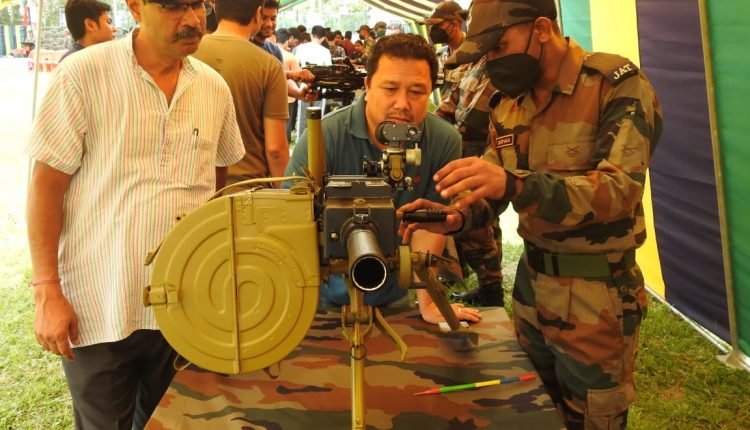 AZIR KHOBOR, TEZPUR, 28TH MAY, 2022 : Azadi Ka Amrit Mahotsav is an initiative of the Government of India to commemorate 75 years of the nation’s Independence and celebrate its glorious history, culture and achievements. With a view to motivate and include the youth of NE India in the commemoration of Amrit Mahotsav, Blazing Sword Division under the aegis of Gajraj Corps organised a mega event on the theme “YUVA PRERNA” with active participation of the Faculty and students of Tezpur University on 28 May 2022. 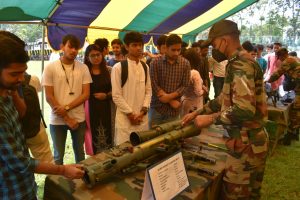 The celebration had several attractions for the students and other visitors including Know Your Army Mela in which the students and visitors enjoyed tête-a-tête with soldiers describing the weapons used by the army, a glimpse into the gallant actions of the Army in war through the stories of war heroes in the Gallantry Award Winners’ gallery and an Information Booth where young aspirants learnt about the employment opportunities in the Army. The impressive Military Pipe Band display and other performances by soldiers including Sikh Martial Art form Gatka and the vibrant traditional folk dance Bhangra left the students wanting for more.

The event witnessed huge attendance by Faculty and their families, students, NCC cadets and NSS cadets of the University. The enthusiastic Faculty and students were also actively involved with the Indian Army in the conduct of the event and they presented some exhilarating performances as part of this mega event which included cultural dance, group songs, Bihu performance & specially choreographed dances on patriotic themes.

The event was a huge success which displayed the perfect Civil- Military cohesiveness.

Senior officers of Indian Army present on the occasion congratulated and thanked Tezpur University for their wholehearted support and participation in celebrating this mega event together with Indian Army. 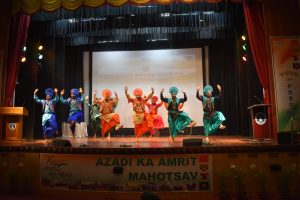