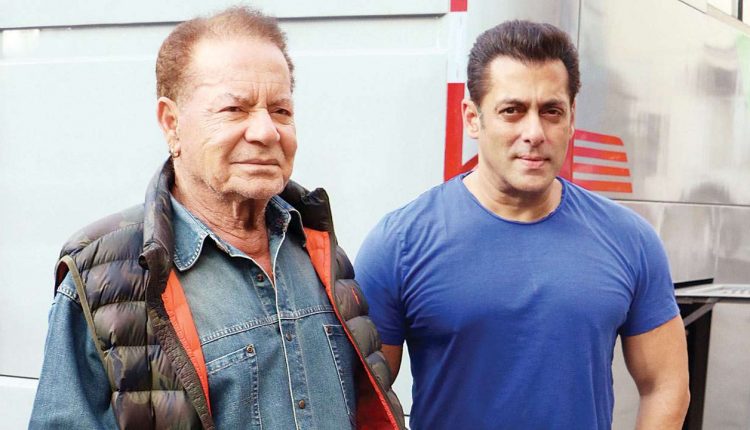 By Ranbir Hanse On Jun 7, 2022
Share FacebookTwitterWhatsAppEmailPrint
Mumbai, June 05: According to the latest update on ANI, the Mumbai Police said, “Statements of actor Salman Khan and his father Salim Khan have been recorded by Mumbai Police after the actor received a threat letter yesterday, June 5.
According to the police, the statements of 4 people have been recorded so far. Previous reports indicate that the other two statements could be of the family members as the investigating team was seen arriving at Khan’s Galaxy Apartments early this afternoon to conduct the probe.

The police also went on to add that they have acquired footage of a total of 200 CCTV cameras from the area to aid in their investigation. “A total of 10 teams of the Crime Branch and local police are involved in the investigation of the matter,” the Police told the portal.
Taking serious cognisance of the letter, the police are scanning the footage of various CCTVs installed in the area to identify the person who had left the threat note on the bench there, the official said.
On Sunday morning, Salim was reportedly sitting on a bench at the Bandra Bandstand after a morning walk when an unidentified man kept there a letter which mentioned a threat to kill him and his actor-son.
Later, with the help of his security personnel, Salim contacted the police and an FIR was registered under section 506-II (criminal intimidation) of the Indian Penal Code at the Bandra police station.
Additional security cover was given to the actor who flew out of the city this evening to shoot for his film ‘Kabhi Eid Kabhi Diwali‘ in Hyderabad. Police officers were also deployed at the actor’s residence.
Share FacebookTwitterWhatsAppEmailPrint