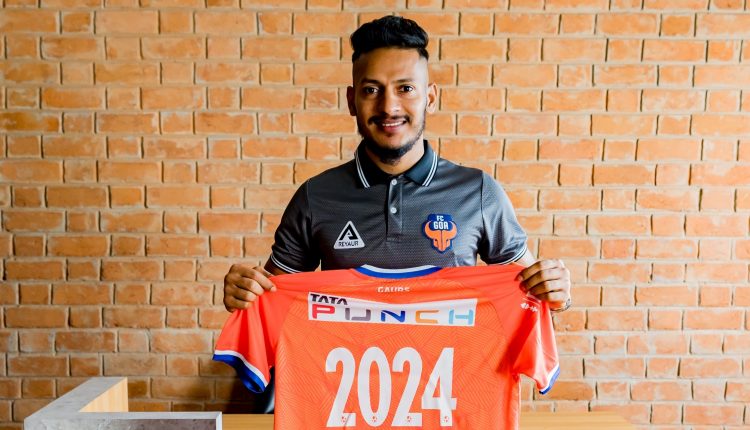 Goa, June 7, 2022: Seriton Fernandes has officially signed a new contract with FC Goa, extending his stay with the Club till the summer of 2024. The new deal will see the Indian International remain with the club for seven seasons after being selected in Round 7 of the ISL Player Draft in 2017.

“I’m delighted to extend my stay with FC Goa,” Seriton Fernandes told fcgoa.in after putting pen-to-paper on his new contract.

“I made my ISL debut with the club nearly five years ago, and I realise that I’ve grown a lot as a footballer since then. FC Goa have played a huge role in my development, and I will happily continue to repay the team with complete love and commitment.

“As one of FC Goa’s senior players, I also understand that I’m at a position where I have to look after not just myself, but also the rest of my team. And there’s a lot that I can and have to do.

“We have an excellent record in the league, but are yet to win the title – and now my full focus will be on getting the club the silverware that they fully deserve.”

“Seriton has been a vital cog in FC Goa’s wheel for the best part of 5 seasons now. In those five seasons, he’s established himself as not just one of the best right backs in the country but as a senior statesman in the dressing room. It was only prudent for us to continue with him given his consistent performances over the years,” said Puskur.

“He’s adapted well to the demands of his position over the years but we believe he has a lot more to give and with our new coaching staff on board, we’ll be looking to push his limits even further and endeavour to make him a marauding full back and expose his attacking potential to the full.

“After the disappointment of missing out on the playoffs last season, we’re keen to get the team back into the positions that it has been accustomed to and we expect Seriton to play a big part in getting us there.”

A hit from the get-go

Seriton became an instant hit in the side, featuring in 19 out of the 20 matches in his first season with the Gaurs – catching the eyes with his lung-bursting overlapping runs down the right wing.

The 29-year-old missed just 21 minutes of action in the 2018-19 season of the ISL, when the Men in Orange finished runners-up. 2019, also saw him play in every game of their title-winning Super Cup campaign – the Club’s first taste of silverware.

In the 2019-20 season, Fernandes was an integral part of the FC Goa side that wrapped up their campaign as the table-toppers, thereby becoming the first ISL side to lift the League Winners’ Shield and cementing a historic group-stage spot in the AFC Champions League. The following year, the right-back made his debut in the continental competition, eventually making an appearance in all but one of the six matches played by the Club.

The right-back was rewarded for his performances last year with his maiden Indian bow in September before being named a part of the 2021 SAFF Championship squad.

The Quepem-based footballer was also a part of the Gaurs’ title-winning squad in the 2021 Durand Cup, making him one of the most successful players at the club. He further holds the distinction of being the most-capped footballer for the Men in Orange, with 108 appearances across all competitions. 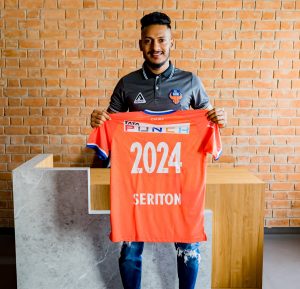