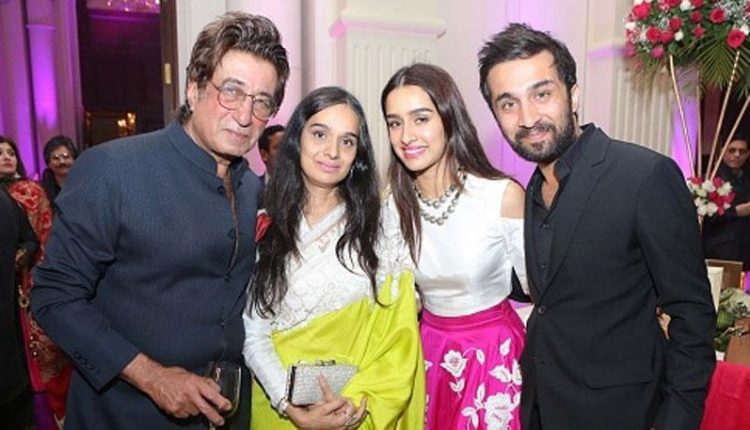 Bollywood, June 13: Actor Shakti Kapoor’s son and actress Shraddha Kapoor’s brother Siddhanth has been detained by the Bengaluru Police for allegedly consuming drugs at a party in the city on Sunday night.

Sidhhant was invited as a DJ at a party organised in the Park Hotel’s pub in Bengaluru on Sunday night where he allegedly consumed drugs. Acting on a tip-off, police conducted a raid at the hotel and subjected 35 guests to medical tests. Six guests turned positive for consuming drugs including Siddhanth Kapoor. And now Shakti Kapoor has reacted on his son’s detention in Bengaluru.

While speaking to ETimes the veteran actor said: “I can say only one thing – it’s not possible”. The Etimes report further added that Siddhant had left for Bengaluru from Mumbai on Sunday and this incident happened during a late night party. The Kapoor family was not even aware of which hotel Siddhant was staying in. Meanwhile, the Bengaluru Police confirmed that Siddhant Kapoor was among the six people, allegedly found to have consumed drugs.

The cops are reportedly yet to confirm if those involved had already consumed drugs and arrived at the party or if they had consumed the banned substances at the hotel. “Siddhanth Kapoor has tested positive for drugs. He has been brought to Ulsoor Police Station,” Dr Bheemashankar S. Guled, DCP, East division, Bengaluru City told ANI.

Karnataka | Actor Shraddha Kapoor's brother Siddhanth Kapoor detained during police raid at a rave party in a Bengaluru hotel, last night. He is among the 6 people allegedly found to have consumed drugs: Bengaluru Police pic.twitter.com/UuHZKMzUH0

On work front, Siddhanth Kapoor has been part of several Hindi films such as ‘Shootout at Wadala’, ‘Chehre’, Ugly’, etc. He has also worked as an assistant director in movies like, ‘ Bhool Bhulaiyaa’, ‘Chup Chup Ke’, ‘Dhol’, and ‘ Bhagam Bhag’.
Share FacebookTwitterWhatsAppEmailPrint