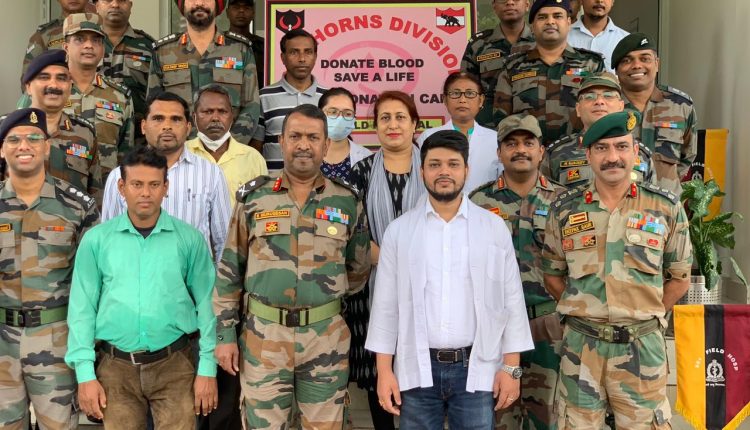 1. Commemorating the World Blood Donor Day observed on 14 Jun every year, Red Horns Division of Gajraj Corps organised a blood donation camp at Rangia Military Station, Assam on 15 June 2022. The event was organised in collaboration with Government Medical College and hospital (GMCH) Guwahati & Base hospital Guwahati and Field Hospital of the Indian Army. Before the camp all the volunteer donors were briefed on the benefits of blood donation and it’s importance in saving lives during critical surgeries.

2. Maj Gen S Murugesan, General Officer Commanding of the Red Horns Division inaugurated the blood donation camp. Doctors and support staff from GMCH along with doctors of Indian Army conducted the camp. In the day long event, a total of 129 units of blood were donated by 129 serving Army personnel of Rangia Military station. A certificate was also handed over to all the volunteers who donated blood during the event.

3. The collaborative event will strengthen existing liaison with health authorities which will complement the National health infrastructure in case of emergencies. The

efforts of the Indian Army was appreciated by health care professionals of GMCH, Guwahati.

4. The Red Horns Division of the Indian Army had also organised a similar blood donation camp in collaboration with NEIGRIHMS, Shillong on 09 June 2022 at Umroi Military Station. 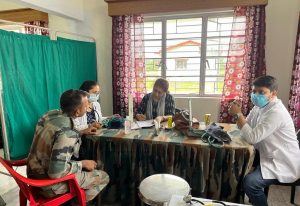