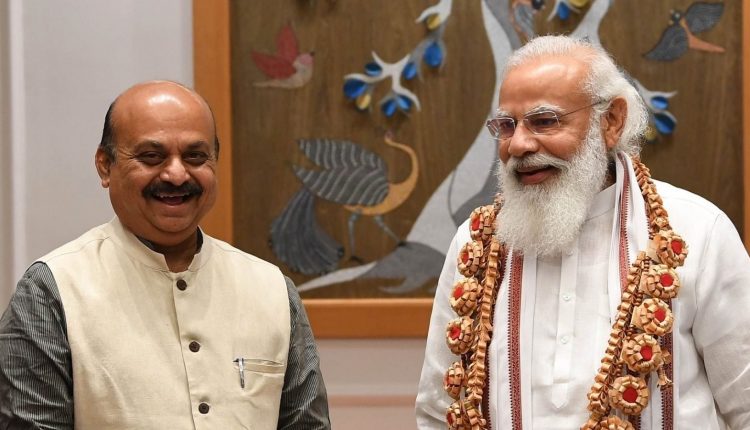 By Ranbir Hanse On Jun 21, 2022
Share FacebookTwitterWhatsAppEmailPrint
Bengaluru, Jun 20: Cheering crowds of BJP workers and supporters had a pleasant surprise as Prime Minister Narendra Modi stopped his car to greet them during his visit to Karnataka on Monday.
Seeing a boisterous throngs of people waving BJP flags and raising ‘Modi, Modi’ slogan, on his way from the Airforce Station Training Command Headquarters to Indian Institute of Science, Modi stopped his car for a couple of minutes, got up from his seat and waved at them standing on the running board.

The Prime Minister then folded hands and made a ‘namaste’ gesture at them in gratitude. He continued to wave towards the crowd as the vehicle moved towards the venue of his programme at IISc.

Heavy security arrangements have been made and traffic has been diverted in various parts of the city in view of the PM’s movement.

#WATCH PM Modi welcomed by BJP workers and supporters on his arrival in Bengaluru, Karnataka pic.twitter.com/ReEvydIYwF

PM Modi arrived here earlier today on a two-day visit to Karnataka, during which he will be participating in a series of events in the city and Mysuru, and inaugurate or lay the foundation for various developmental works.