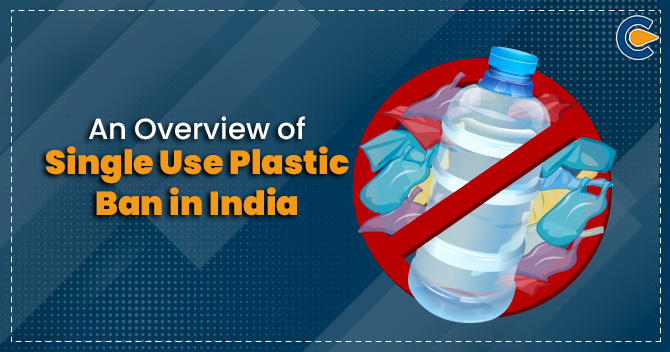 Violation of rules panelty will be imprisonment up to 5 years, a penalty up to Rs. 1 lakh, or both

New Delhi, June 28 : The Government of India has announced the Single use plastic ban from July 1. A gazetted notification was issued in 2021 by the Ministry for Environment, Forest and Climate Change announcing the plastic ban and now the ministry has defined a list of items that will be banned from July 1, 2022.

As per the notification by the Union Ministry on Single Use Plastic Ban, the manufacture, import, stocking, distribution, sale, and use of the following single-use plastic, including the polystyrene and expanded polystyrene, commodities shall be prohibited with the effect from July 1, 2022.

As Single Use plastic ban will come in action next month, check why the Government of India has announced the banned and how it will affect climate change.

In line with the notification issued by @moefcc , banning Single-Use Plastics (SUPs). CPCB issues NOTICE to inform all stakeholders to STOP manufacturing, stocking, sale & usage of SUPs with effect from July 1, 2022. Violators shall be penalised. @moefcc; @PIB_India; @DrGargava pic.twitter.com/wqxoPNHv2S

What is Single Use Plastic?

Single use plastic refers to the plastic items that are once used and discarded. Single use plastic has also among the highest shares of plastic manufactured and used- from the packaging of items to bottles, face masks, polythene bags, cling film, coffee cups, food packaging, and trash bags, etc.

As per the report published in 2021, the single use plastics account for a third of all plastic produced globally, with 98% manufactured from fossil fuels.

Single use plastic also accounts for the majority of plastic discarded-130 million metric tonnes globally in 2019.

According to the report, India features in the top 100 countries of single use plastic waste generation, at the rank of 94 (the top three are- Singapore, Australia and Oman).

In September 2021, the Ministry had already banned the polythene bags under 75 microns expanding the limit from the earlier 50 microns.

As per the Plastic Waste  Management Rules, 2016, there is also a complete ban on sachets using plastic material for storing, packing, or selling Gutkha, tobacco, and pan masala.

As per the Ministry officials, the choice for the first set of single-use plastic items for the ban was based on the difficulty of collection and therefore recycling.

The particular items have been chosen to be banned as they are difficult to collect, particularly since most are either small, or discarded directly into the environment such as ice cream sticks.

Directions to keep an eye on single use plastic ban have also been issued at the national, state, and local levels to not to supply the raw materials to industries engaged in the banned items.

Those violating single use plastic ban can be penalized under the Environment Protection Act 1986- which allows for imprisonment up to 5 years, a penalty up to Rs. 1 lakh, or both. In addition, there are also municipal laws on plastic waste, with their own penal codes.