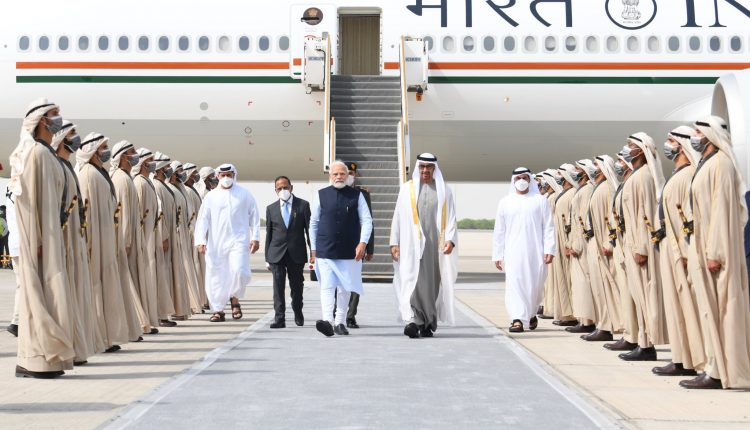 “In a special gesture, UAE President and Ruler of Abu Dhabi Sheikh Mohamed bin Zayed Al Nahyan, accompanied by senior members of the Royal Family, was at Abu Dhabi airport for the interaction with PM,” Ministry of External Affairs Spokesperson Arindam Bagchi tweeted.

PM Modi also expressed grief over Sheikh Khalifa’s death, calling him a great statesman and visionary leader under whom India-UAE relations prospered. India had announced one day of state mourning following the demise of Sheikh Khalifa. Zayed Al Nahyan, who had been in office since 2004, died at the age of 73 after a long illness on May 13.

“I am touched by the special gesture of my brother, His Highness Sheikh Mohamed bin Zayed Al Nahyan, of coming to welcome me at Abu Dhabi airport. My gratitude to him,” the prime minister wrote.

On Monday, PM Modi highlighted India’s efforts for green growth, clean energy, sustainable lifestyles and global wellbeing, at a G7 summit session. During his two-day visit to Germany, Modi met his counterparts from the UK, Japan and Italy and exchanged views on a range of issues with them.

During his meeting with German Chancellor Olaf Scholz, the two leaders agreed to take forward the momentum in the India-Germany Strategic Partnership besides further diversifying the bilateral cooperation on climate-related issues for the benefit of their people and the entire planet.