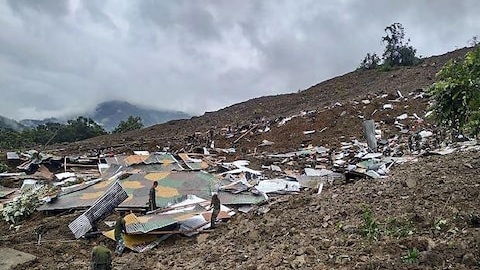 So far 13 soldiers of Territorial Army and 05 Civilians have been rescued, while mortal remains of seven soldiers and one civilian have been recovered.

Relentless search operations will continue during the night. Engineering equipment including dozers have been pressed into service for creating access to the incident site and help in the rescue efforts.

The civil administration has cautioned civilians living in downstream areas of the river to take precautions and evacuate due to likelihood of breach in the dam created on the river by the landslide.

ASSOCHAM hosted AYURVEDA PARV supported by Ministry of AYUSH, Government of India, in…