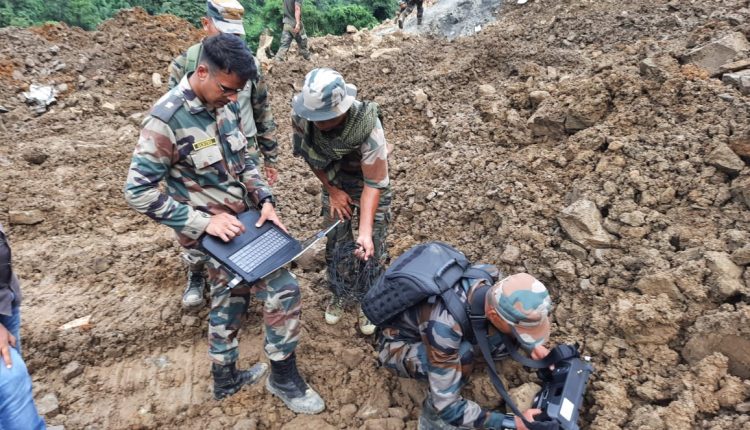 10 columns have been pressed into the search operation. Synergised and joint operational task force is coordinating the efforts to remove the mud and boulders. A Thorough Wall Radar is also being inducted by air to detect the presence of personnel buried in the debris. A search and rescue dog is also being inducted.