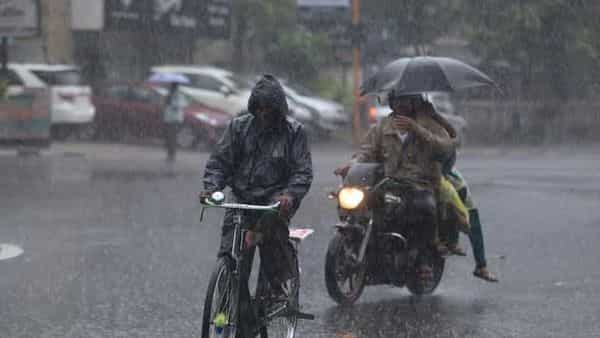 Vigorous Southwest Monsoon conditions are likely to prevail over coastal Maharashtra and overall west coast, which will bring very heavy to extremely heavy rainfall during the next five days, the India Meteorological Department (IMD) has warned.

Rajasthan, Gujarat and Madhya Pradesh will also experience enhanced rainfall during the next few days.

For the first time, Maharashtra rainfall fell under the ‘normal’ category in this season. Since June 1, the state has received 227.9 mm of rain. Statistically, this is 12 per cent short of the state’s seasonal normal till July 5, but the IMD considers this deficit within the normal rainfall category.

There is a low-pressure area present over central Madhya Pradesh. An off-shore trough runs between Gujarat and Maharashtra, and the monsoon trough is currently running below its normal position and lastly, there are strong westerly winds blowing from the Arabian Sea over to Maharashtra.

The IMD has placed Konkan and Madhya Maharashtra under ‘red‘ alert till Friday, whereas an ‘orange’ alert has been issued for Saturday. Goa, coastal Karnataka, Himachal Pradesh and Uttarakhand are also under ‘orange’ alert on Wednesday.

For July 9, a warning has been issued for Rajasthan, Gujarat, Konkan, Madhya Maharashtra, Vidarbha and Odisha.

Breaking: Punjab CM Bhagwant Mann is to get married for the second time