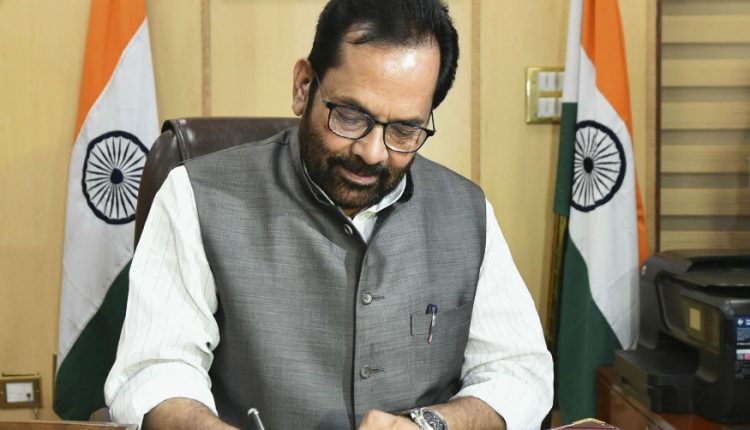 By Ranbir Hanse On Jul 6, 2022
Share FacebookTwitterWhatsAppEmailPrint
NEW DELHI: Union ministers Mukhtar Abbas Naqvi and RCP Singh on Wednesday resigned from Prime Minister Narendra Modi’s Cabinet
While Naqvi was in charge of the minority affairs ministry, Singh was the steel minister in the Modi 2.0 Cabinet

According to sources, PM Modi on Wednesday praised Naqvi and Singh for their contributions to the country’s development .
Modi’s appreciation was being seen as an indication that it was the last Cabinet meeting of the ministers.
Soon after the Cabinet meeting, Naqvi met BJP national president JP Nadda at the BJP headquarters.
According to some media reports, BJP may name Naqvi as its vice presidential candidate for the elections in August or nominate him for the post of governor/lieutenant governor of some state or Union Territory
Share FacebookTwitterWhatsAppEmailPrint

Breaking: Punjab CM Bhagwant Mann is to get married for the second time