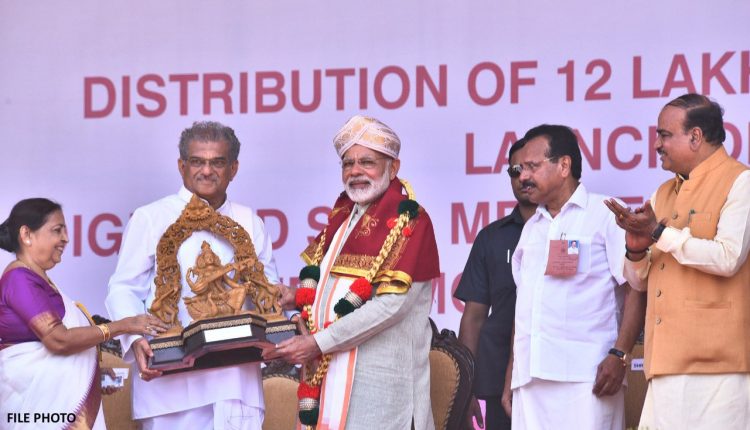 New Delhi: Amid controversy over a documentary Kaali’s poster, Prime Minister Narendra Modi on Sunday (July 10, 2022) said that the blessings of the Goddess are always with India, which is moving ahead with spiritual energy for the welfare of the world.

While virtually addressing the centenary celebrations of Swami Atmasthananda, organised by Ramakrishna Mission in Kolkata, PM Modi said that Swami Ramakrishna Paramahansa had a vision of Goddess Kali and believed that everything was pervaded by her consciousness.

Tributes to Swami Atmasthananda Ji on his birth centenary. https://t.co/EKKExOGbll