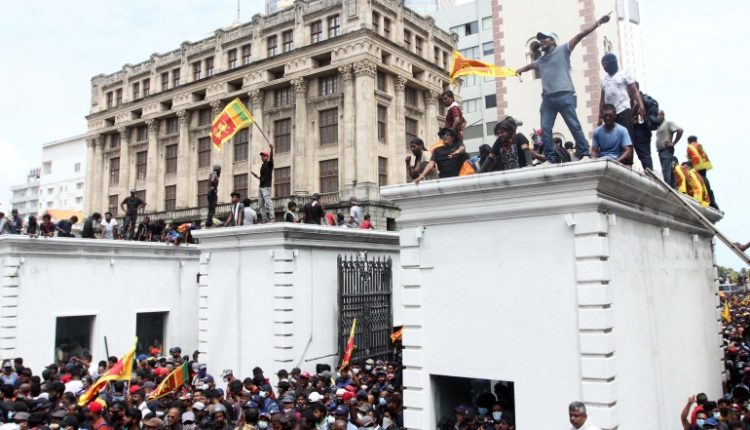 Sri Lanka crisis: Police said they were also imposing an indefinite curfew across the Western Province, which includes the capital Colombo, to contain growing protests

sri Lanka declared a state of emergency as angry protesters took over the streets of Colombo once again on Wednesday after news reports confirmed fomer president Gotabaya Rajapaksa appointed Ranil Wickremesinghe as acting president after fleeing to Maldives in a military aircraft.

The emergency was declared by Ranil Wickremesinghe as he took over the role of acting president. A curfew was imposed on Wednesday with immediate effect in Sri Lanka’s western province immediately after Ranil took control. The emergency is is in effect throughout the island.

Sri Lankan news agency LankaExpress also revealed that Ranil Wickremesinghe ordered forces to arrest people acting in a riotous manner and to stop vehicles on which they are traveling.

Opposition leader Sajitha Premadasa and other opposition leaders said the implementation of the curfew was unlawful. Premadasa in a tweet said that the prime minister becomes acting President only if the President appoints him or if the office of the President is vacant or if the chief justice in consultation with the parliament speaker forms the view that the president is unable to act.

He said that these preconditions needed to be met before the prime minister can declare an emergency, referring to Wickremesinghe’s orders of a nationwide emergency and curfew in the western province.

The Sri Lankan army moved troops to contain protests. Demonstrations are being held outside the office of the prime minister Ranil Wickremesinghe in Colombo’s Flower Road.

The protesters are demanding that both of them leave as they do not want Ranil to become president. Security personnel lobbed tear gas shells at them to quell the protests.

Ranil was appointed prime minister by Gotabaya Rajapaksa earlier this year after his brother Mahinda Rajapaksa stepped down due to demands from protesters who blame the Rajapaksa clan for leading them into a financial crisis that will take years to mitigate.

As per Sri Lanka's Speaker of Parliament, Rajapaksa is yet to give his resignation pic.twitter.com/drHWzaDyVv

Maldives’ president Solih and former president Nasheed both were lambasted by Sri Lankan and Maldivians on Twitter for allowing the Rajapaksas to seek refuge in Male.

The Sri Lankan air force also released a statement that they facilitated the departure of the Rajapaksas’ as per the rules stated in the Sri Lankan constitution. Gotabaya Rajapaksa, remained immune from arrests and was the commander-in-chief of the army when he left Sri Lanka aboard the AN-32 military flight for Male.

Several Maldivians and Sri Lankan expats took to Twitter demanding that the Rajapaksas be sent back to Sri Lanka to answer to the people.

‘0.77 % to 40%’ in 2 years –Households of Meghalaya now have access to Drinking Water at their doorstep