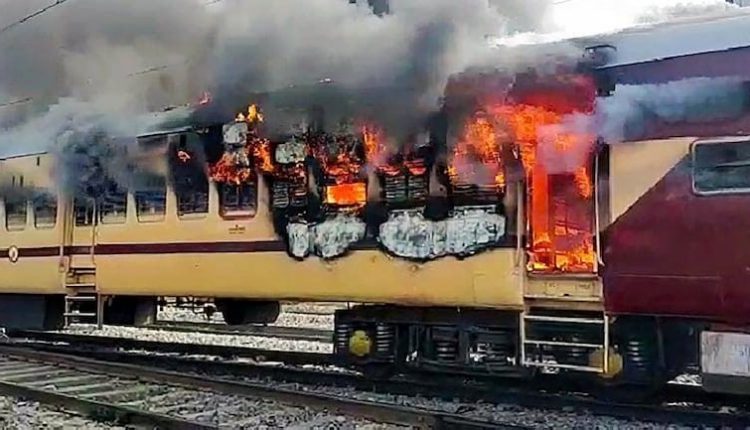 Union Railway Minister Ashwini Vaishnaw on Friday claimed that the Indian Railways has suffered a staggering loss of Rs 259.44 crores as a result of damage and destruction caused by the ‘protest’ against the Agnipath scheme.

He made the revelation in the Parliament’s Upper House. On June 14, this year, the Indian government, along with the chiefs of the three armed forces, launched the Agnipath scheme.

Youth between the ages of 17.5 and 21 will be recruited for a four-year period under the scheme. While 25% will remain in the armed forces, the remaining Agniveers would earn a stipend of Rs 11 lakh and preferential employment in the Defence Ministry, police forces, and paramilitary services.

Hundreds of aspirants to the armed forces took to the streets under the pretext of ‘peaceful protests’ and demonstrations. While protesting the government scheme, they destroyed public property, burned trains, and brought life to a halt in several Indian states.

In the Southern State of Telangana, students dissatisfied with the Agnipath recruitment scheme vandalised the Secunderabad railway station and set a train on fire.

In the Jind district of Haryana’s Narwana town, the aspirants to the armed forces also obstructed the railway tracks. They were seen obstructing train movement and standing on rail tracks with hoisting a tricolor.

Similar scenes were observed in Gwalior in Madhya Pradesh. Violent protestors, with their faces covered, were seen vandalising a railway station and throwing objects on the railway tracks.

In Uttar Pradesh, the violent mob of aspirants vandalised the windscreen of roadway buses on the Agra-Lucknow Expressway. They also set a train ablaze in Balia during the protest.

The railway minister also informed that more than 2000 trains were affected due to the Agnipath protests across the country. In a written reply in Rajya Sabha, he said 2132 trains were cancelled between June 15 and June 23.