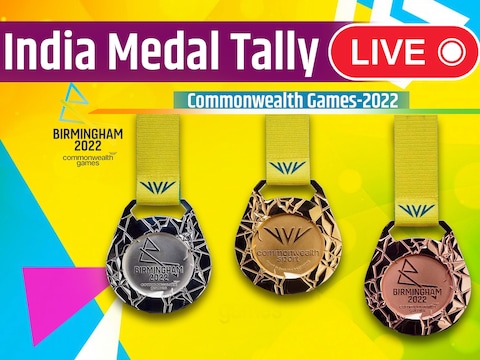 The much-awaited 2022 Commonwealth Games in Birmingham have finally started with the best athletes from around the globe competing in more than 20 sports. India has had some incredible results over the history of the event with an overall tally of 504 medals with 181 gold, 173 silver and 149 bronze

India’s most successful events have been shooting, weightlifting and wrestling as these sports alone have bagged 362 medals. Similarly, for the 2022 edition, India has sent out a dominant contingent with stars like Mirabai Chanu, PV Sindhu, Sharath Kamal, etc. to keep their medal hopes alive

Bajrang Punia gave India its first gold medal in the sport of wrestling at the ongoing Commonwealth Games 2022 in Birmingham on Friday. Minutes later, Sakshi Malik added another gold in the same sport. While Bajrang beat Canada’s Lachlan McNeil in the men’s 65kg freestyle wrestling final, Sakshi got the better of Canada’s Ana Gonzalez in the women’s 62kg category

It’s another gold for India and this time’s it’s Deepak Punia who has clinched the first place medal by defeating Muhammad Inam of Pakistan in the final. He won in the Men’s 86kg freestyle wrestling.

Indian wrestler Anshu Malik lost in the summit clash to settle for a silver medal in the Women’s Freestyle 57 kg wrestling. While she had defeated Sri Lanka’s Nethmi Poruthotage 10-0 to reach the gold medal match, she could not repeat her heroics in the summit clash. She lost to Nigerian Odunayo Adekuoroye 3-7 in this bout