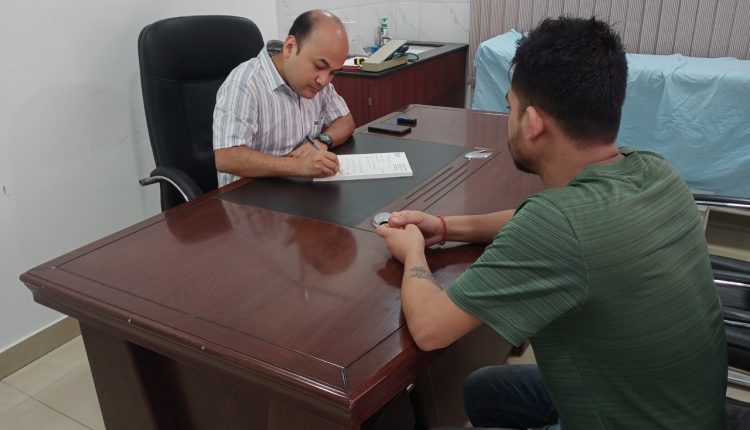 The GastroLife offers free consultation for Gastroenterology and Hepatology problems

AZIR KHOBOR, GUWAHATI , AUGUST 23, 2022: Witnessing an increase in gastrointestinal diseases, The GastroLife situated in Rajgarh Road, Guwahati is offering free consultation for all diseases related to Gastroenterology and Hepatology on the fourth Sunday of every month between 11:00am to 02:00pm followed by free screening for Hepatitis B, Hepatitis C and Fibro scan at their centre.

Speaking about the initiative, Dr. Bhaskar Jyoti Baruah MD DM (AIIMS), Gastroenterologist and Hepatologist, The GastroLife said, “Gastrointestinal disease accounts for a large number of deaths in every part of the world and this has been an emerging problem in our country too. Keeping this in mind, we came up with the idea of having free consultation that can help the people at large.”

The severity of the disorders varies from mild discomfort to symptoms that adversely affect the quality of life to a high degree.

The various associated risk factors for gastrointestinal disease, which have been observed are frequency of diet, diet type, consumption of spicy food, fermented food, smoking, consumption of alcohol, consumption of unhealthy and junk food available in the market, and an inappropriate sanitary condition.

Again, alcohol, viral hepatitis and other toxins are the main causes of end-stage liver disease worldwide. Alcoholic liver disease is the second most common reason for liver transplantation in the United States. It is currently estimated that the global prevalence of Non Alcoholic Fatty Liver Disease is as high as one billion. In the United States, NAFLD is estimated to be the most common cause of chronic liver disease, affecting between 80 and 100 million individuals, among whom nearly 25% progress to NASH.