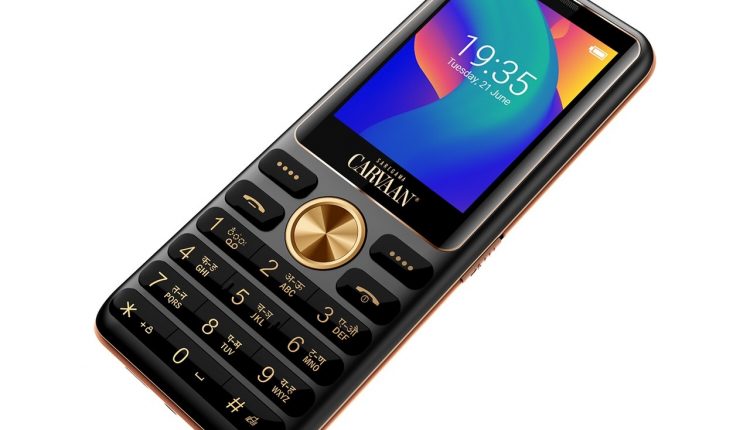 Azir khobor,Guwahati, November 15, 2022: After breaking various industry norms with Carvaan, Saregama has launched Carvaan Mobile, a utility-based product that not only serves functional needs but at the same time gives an added feature of pre-loaded songs which is unheard of in a keypad phone market. Carvaan Mobile is a first ever keypad mobile with pre-loaded songs, powerful speakers, long lasting battery, dual sim, FM, powerful LED torch and host of other features. This power packed device is now available in Assam.
Just as Carvaan reinstated a lean-back listening experience for its users with pre-loaded songs, Carvaan Mobile aims to do the same while being on the go. It is a one in all mobile for users who still swear by keypad phone experience. Pre-loaded songs are organised basis artistes like Lata Mangeshkar, Asha Bhosle, Kishore Kumar, Md. Rafi and many other legendary artistes, moods like happy, sad etc for seamless and hassle-free selection of songs by the users. No internet is required to play pre-loaded songs and there are no ad breaks to disturb the listening experience.
Apart from 1500 pre-loaded Hindi songs, the phone is power packed with features like Wireless FM, Digital Camera, LED torch, Aux Out, Multi-language support, Voice recording, Call recording, Dual sim, 8gb memory card with 2gb free space for any personal music collection, videos or images and many other features.
The phone has large display and 2500 mAh battery for a long lasting talktime. It comes loaded with MediaTek processor which gives phone a superfast processing power and an unmatched user experience. It is backed with 1 year warranty too.
Carvaan Mobile comes in two screen sizes – 2.4 inch and 1.8 inch, priced at Rs2490 and Rs1990 respectively. There are three classy colors to pick from- Emerald Green, Classic Black, and Royal Blue.
It is currently available in Hindi and Tamil across retail market and ecommerce platforms like saregama.com, amazon & flipkart.
Saregama plans to launch the phone in all regional languages.
About Saregama India:

Saregama India Limited, formerly known as The Gramophone Company of India Ltd is a RPSG group company owning the largest music archives in India and one of the biggest in the world. The ownership of nearly 50 per cent of all the music ever recorded in India also makes Saregama the most authoritative repository of the country’s musical heritage. Saregama has also expanded into other branches of entertainment – film & series production, live events and music-based consumer products. 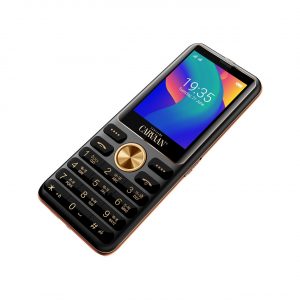