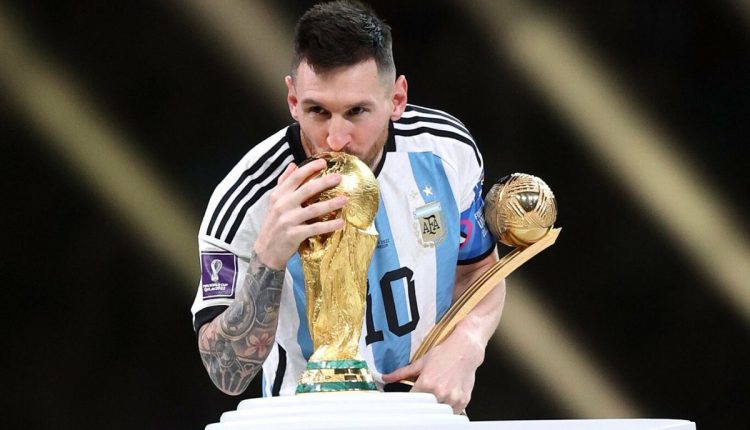 Lionel Messi on Sunday won the Golden Ball for the best player at this year’s World Cup after leading Argentina to victory in the final against France.

Messi scored twice in the final in Doha, taking his tally of goals at the tournament to seven, and also scored in the shoot-out as Argentina beat France 4-2 on penalties following a 3-3 draw after extra time.

Kylian Mbappe came second to Messi for that award but did win the Golden Boot for the tournament’s top scorer with eight goals.

Argentina defeated France 4-2 in a penalty shoot-out to win the World Cup for the third time.

The World Cup final between Argentina and France went into extra time on Sunday after the French roared back from two goals down to bring the score to 2-2.

Lionel Messi stroked home a 23rd minute penalty and Angel Di Maria swept home a superb second for Argentina but defending champions France hit back in the second half as Kylian Mbappe converted an 80th-minute penalty and equalised with an acrobatic volley a minute later.