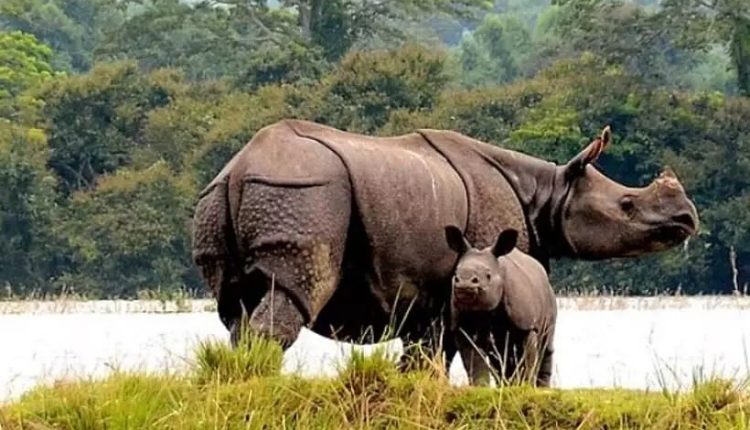 For the first time in history no Rhino is being poached,CM Himanta Biswa Sarma Tweets

By Ranbir Hanse On Jan 3, 2023
Share FacebookTwitterWhatsAppEmailPrint
Guwahati, January 03,2023: Assam Chief Minister Himanta Biswa Sarma announced on January 2nd that no rhinos were poached in the state in 2022, ANI reported. Special DGP G P Singh posted data on Twitter that showed last year was the first since at least 2000 in which there were no incidents of rhino poaching in Assam.

‘Anti Rhino poaching efforts have yielded spectacular results. There has been no rhino poaching in Assam in Year 2022. Last poaching was on Dec 28th 2021 at Hilakunda, Kohora in Golaghat district. We would strive to keep the graph flat,’ Singh tweeted.

2022 was really special for our rhino conservation efforts. Not a single rhino being poached in 2022 & just 2 in 2021, the gentle giant is now much safer in Assam.

Kudos to @assamforest dept & @assampolice for their sincere efforts to protect the iconic animal. pic.twitter.com/mVIHsD0xFe

In the last 10 years, the highest Rhino poaching was reported in 2013 and 2014 respectively , data reveals that number of Rhinos poaching cases stands at 27 in both years.

The Indian rhino is listed as vulnerable (better than endangered, worse than near threatened) in the IUCN Red List; it was earlier placed in the endangered category. The WWF says the ‘recovery of the greater one-horned rhino is among the greatest conservation success stories in Asia’.

According to the WWF, there are around 3,700 Indian rhinos in the wild today. Assam’s Kaziranga National Park (KNP) alone has 2,613 animals, according to a census carried out in March 2022. There are more than 250 other rhinos in the Orang, Pobitora, and Manas parks.