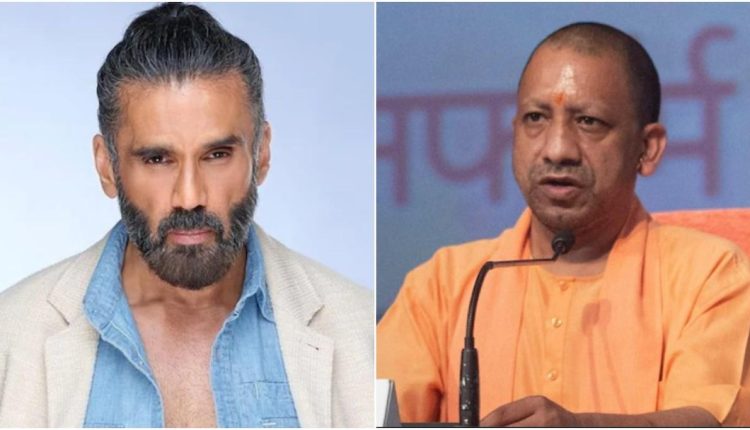 While having a conversation with UP CM Yogi Adityanath in Mumbai, who was on a two-day Mumbai visit, rounded off his trip by meeting film personalities such as Shetty, Subhash Ghai, Jackie Shroff, Rajkumar Santoshi, Manmohan Shetty and Boney Kapoor. Meanwhile Actor Suniel Shetty urged to help erase Boycott Hindi Films,Though the agenda of the meeting was to discuss shooting and investment prospects in Noida Film City, Shetty took the opportunity to put forward the grievances of the film industry.

“I want to talk about this hashtag that’s going on — ‘Boycott Bollywood’. It can stop if you say something about it. We are doing good work,” the 61-year-old actor said.

Shetty further requested Adityanath to seek Prime Minister Narendra Modi’s support in clearing the stigma around Bollywood. “It pains me to see this stigma. Ninety-nine per cent of the people here are good. So, please Yogi ji, take the lead and talk to our prime minister about erasing this stigma,” he added.

The film industry has played a major role in connecting India with the world, Shetty said and requested the Uttar Pradesh chief minister to use his influence in stopping the ‘Boycott Bollywood’ trend.

“We have to join hands and try and get rid of the ‘Boycott Bollywood’ trend and make people understand that most people in the industry are good. We don’t do drugs, we don’t harm others. I request you to be the person to abolish the stigma. This industry is responsible for connecting India to the world, especially when it comes to music. You’re a very big name, sir. If you talk about it, people will listen,” the actor said.

.@SunielVShetty Sir impactful words on 'Boycott Bollywood' trend on twitter:
Hashtag 'BoycottBollywood' should stop.Imp to convey that we've done good work.There can be one rotten apple. 99% of us don't indulge in wrong things.We've to change this perception..👏🙏🙏#SunielShetty pic.twitter.com/Oi16h25mJ2