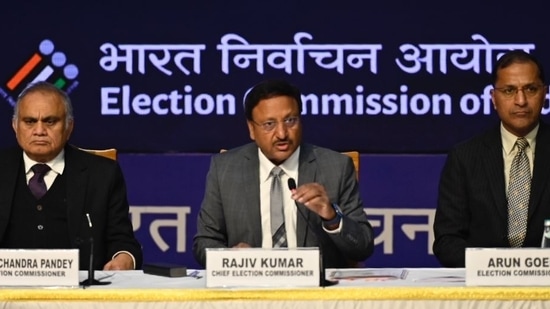 The term of assemblies of Nagaland, Meghalaya, and Tripura is ending on March 12, March 15, and March 22, respectively

Assembly election 2023: The Election Commission (EC) has announced the schedule of the assembly election in Tripura, Meghalaya and Nagaland. The poll panel addressed a press conference to announce the dates of elections to Nagaland, Meghalaya, and Tripura assemblies.

The results for all three northeastern states will be declared on March 2, the Election Commission said.

It is notable that the three state assemblies have a strength of 60 members each.

The three northeastern states will become the first of the nine states going to assembly polls this year.

In Tripura, there is a BJP government, while in Nagaland, the Nationalist Democratic Progressive Party is in power.

National People’s Party, which is the only party from the northeast to have national party recognition, has the government in Meghalaya.

GNIOT Group of Institutions, Delhi-NCR becoming first choice for the students of…