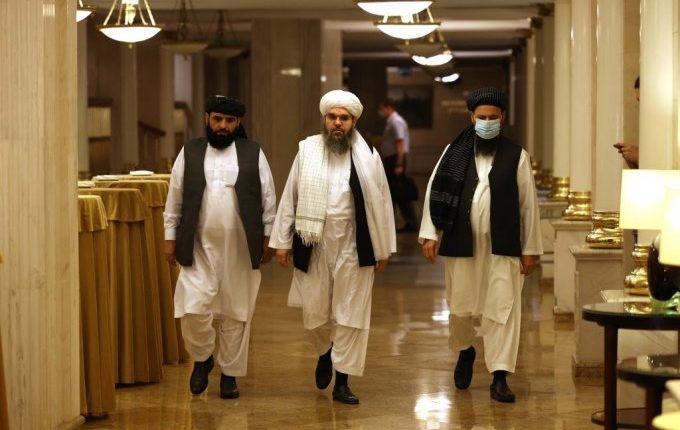 Taliban's have taken the controls of atleast 5 border crossing area's out of 7 international borders crossing Area's,along with several others district's

GUWAHATI July 10: External Affairs Minister S Jaishankar on Friday state that the issue of Afghanistan occupied territories by Taliban’s arose a lot of stress in the Afganistan during a meeting with his Russian counterpart, Sergey Lavrov, given its direct implication for regional security. Addressing at a joint press conference in Moscow city, Jaishankar stressed the need for an instant depletion of violence in Afghanistan.

“And if you wants to see peace within Afghanistan and around Afghanistan, that’s important for India and Russia to work and co-operate together to ensure that much of the progress we have seen in economic and social and democratic terms are maintained,” the external affairs minister said.

Russia on Friday said the Taliban controls about two-thirds of the Afghan-Tajik border and urged all sides in Afghanistan to show self- control.

“We have noted a sharp rise in tension on the Afghan-Tajik border. The Taliban movement  rapidly occupied a large regions of border districts and presently controls about two-thirds of the border,” Russian foreign ministry spokeswoman Maria Zakharova said, adding that Moscow urges all sides to “show restraint”.

She said that Moscow is prepared to take “additional measures” to “prevent hostility” on its ally Tajikistan and called on all sides to “avoid spreading tensions outside of the country.”

The Taliban announced Friday they had captured a key border crossing with Iran, hours after President Joe Biden issued a staunch defence of the US withdrawal from Afghanistan.

A Taliban delegation was in Moscow on Friday and giving a press conference.

This week, more than 1,000 Afghan troops fled into Tajikistan after a blistering offensive by the insurgents in the north of Afghanistan.

Afghan authorities have vowed to retake all the districts lost to the Taliban and deployed hundreds of commandos to counter the insurgents’ offensive in the north.

Taliban’s had captured Afganistan and Iran  border crossing area, as per the reports this trade route generates twenty million dollars every month for the Afghan government.

In many videos the Taliban’s seen taking down the flag of ‘Afganistan’ giving the gesture that now the  controls of Government is in the hands of Taliban’s.

Meanwhile,Taliban’s spokesperson says” they are ready to roll-out red carpet for China into Afganistan as China is there good friend.They are also ready to allow China to invest,and proceed in any construction in Afganistan territories as soon as possible,and China’s safety is important for them and Taliban’s ensured there safely”. 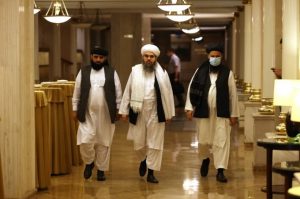