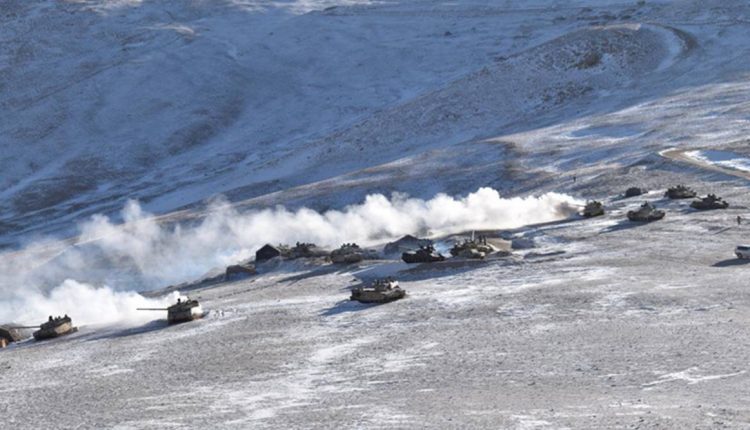 NEW DELHI, Aug 06: After several times of talks since  Indian and Chinese troops have completed the process of disengagement in the disputed region of Gogra Heights in Eastern Ladakh following the twelfth round of talks between the Corps Commanders on July 31 that were held at Chushul Moldo.

This is the third disengagement at the LAC in eastern Ladakh, after Galwan, and the big one in Pangong Tso in February.

Top army sources said that the two sides had had a candid and in-depth exchange of views on resolution of remaining areas related to disengagement along the Line of Actual Control in the Western Sector of India-China border areas.

As an outcome of the meeting, both sides agreed on disengagement in the area of Gogra. The troops in this area have been in a face-off situation since May last year.

As per the agreement, both sides have ceased forward deployments in this area in a phased, coordinated, and verified manner. The disengagement process was carried out over two days – from – August 4 to August 5. The troops of both sides are now in their respective permanent bases, they said.

All temporary structures and other allied infrastructure created in the area by both sides have been dismantled and mutually verified. The landform in the area has been restored by both sides to the pre-stand-off period, they said.

This agreement ensures that the LAC in this area will be strictly observed and respected by both sides and that there is no unilateral change in the status quo.

With this one more sensitive area of face-off has been resolved. Both sides have expressed commitment to take the talks forward and resolve the remaining issues along the LAC in the Western Sector.

Twice before attempts have been made to disengage at Gogra and Hot Springs but the process was stalled mid-way by the Chinese. Both sides have a small mirror detachment on their side.

The border standoff between the Indian and Chinese militaries erupted in May last year following a violent clash in the Pangong lake areas and both sides gradually enhanced their deployment by rushing in tens of thousands of soldiers as well as heavy weaponry. As a result of a series of military and diplomatic talks, the two sides completed the withdrawal of troops and weapons from the North and South banks of Pangong lake in February in line with an agreement on disengagement.