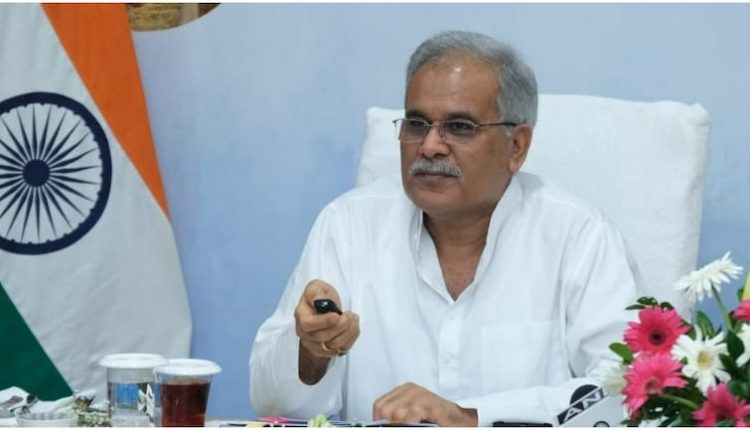 The Chhattisgarh police have registered an FIR against the 86-year-old father of the state’s Chief Minister Bhupesh Baghel for allegedly promoting enmity between different groups in society.

A group called Sarv Brahmin Samaj has complained that the senior Baghel made derogatory statements against Brahmins in Uttar Pradesh.

Chief Minister Bhupesh Baghel said in a statement on Sunday that his own views were very different from his father’s, and that ‘no one is above the law’. As chief minister, he could not excuse his father’s ‘mistake’, Baghel said.

Raipur’s DD Nagar police registered the FIR against Nand Kumar Baghel on Saturday night. The CM’s father has been charged under IPC sections 153-A (promoting enmity between different groups and doing acts prejudicial to maintenance of harmony) and 505(1)(b) (intent to cause fear or alarm), a senior officer said.

The complaint against the senior Baghel said he had recently described Brahmins as foreigners, appealed for their boycott, and asked people not to let them enter villages.

‘He had previously made derogatory statements on Lord Ram as well,’ the FIR said

Nand Kumar Baghel does not belong to any political party, but is vocal in demanding the rights of OBCs. He describes himself on social media as a leader of OBCs and farmers all over the country, who has been raising his voice against the upper castes. Speaking in Hindi to some mediapersons in UP, he had allegedly also referred to the caste of Chief Minister Yogi Adityanath.

Reacting to the case against his father, Bhupesh Baghel said on Sunday that the law was supreme, and his government stood for everyone.

‘No one is above the law, even if that person is my 86-year-old father. The Chhattisgarh government respects every religion, sect, community, and their feelings. The comment against a particular community by my father, Nand Kumar Baghel, has disturbed the communal peace. I am also saddened by his statement,’ the chief minister said.

‘Our political views and beliefs are distinctly different. As a son, I respect him but as the chief minister I cannot excuse his mistake which has the potential to disturb the public order,’ he added.

The senior Baghel has criticised his son’s policies in the past, and has commented unfavourably on upper caste politicians and officials in Chhattisgarh. In 2019, he had accused Brahmins of advancing by ‘cheating’.

A pregnant policewoman has been shot dead by Taliban