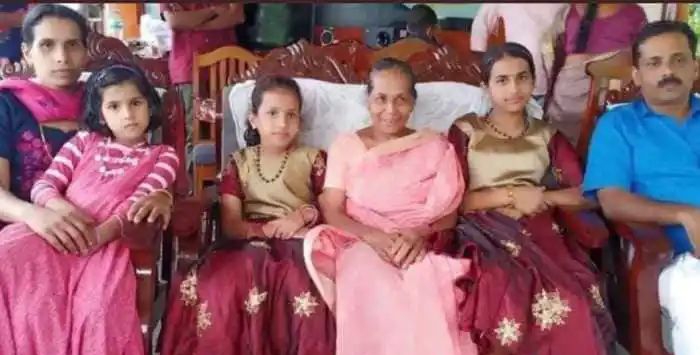 Chennai: In Kerala’s Kottayam district a very sad incident took placed, all six members of a family lost their lives in the on-going flood and landslides that took place over the weekend

Extremely sad instance of clergy having to perform final rituals for a family, where all six members perished in the #KeralaRains #KeralaFloods in kollam district

Couple, their three daughters and the grandmother (3 generations) gone too soon.. pic.twitter.com/YbaqJ6LgNh

Their last rites was conducted on Monday evening at the Kavali St Mary’s Church in their home town. Bishop Mar Joseph Kallarangatt performed the final rituals in the presence of members of the public and a minister from the Kerala cabinet and other senior officials.

Mr Martin, the head of the family, his wife Sini, their daughters Sneha, Sona, Sandra and their grandmother Claramma  in the landslides that wreaked havoc in their district on Saturday.

Their family lived near a church in Kavali, which was among the places where landslides affected badly in Koottickal, Kottayam area.

Besides that of the Martin family, even their neighbors houses are said to have been washed away with the occupants. Due to the landslides, much of the town was inaccessible, owing to the roadblocks caused by the waste materials.

Viral News: A person ordered football stockings for himself, but received a Black Bra