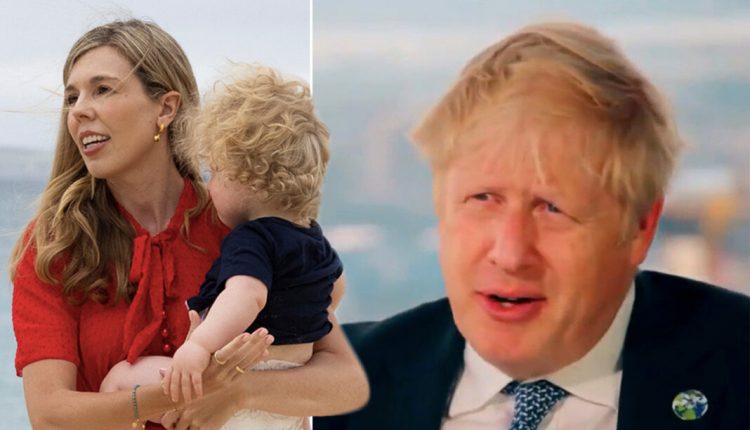 LONDON, December 09: On Thursday Britain Prime Minister Boris Johnson and wife Carrie Johnson  announced the birth of a healthy baby daughter, their second child born while they have been at 10 Downing Street in London.

“The Prime Minister and Mrs Johnson are delighted to announce the birth of a healthy baby girl at a London hospital earlier today (Thursday),” a spokesperson for the couple said in a statement.

“Both mother and daughter are fine and health. The couple would like to thank the brilliant NHS [National Health Service] maternity team for all their care and support,” the spokesperson said.

The baby is the 57-year-old Prime Minister’s seventh child, after Wilfred Johnson was born to the couple in April last year.

The post “Hoping for our rainbow baby this Christmas. At the beginning of the year, I had a miscarriage which left me heartbroken. I feel incredibly blessed to be pregnant again but I’ve also felt like a bag of nerves.

A ‘rainbow baby’ refers to a child born after a miscarriage, stillbirth or neonatal death.

Johnson tied the knot with 33-year-old Carrie Johnson, previously Carrie Symonds, at a small ceremony at Westminster Cathedral in May this year.

It was Johnson’s third marriage, after a divorce from Indian-origin ex-wife Marina Wheeler with whom he has four children.

He also has a child born in 2009 as a result of an affair with art consultant Helen Macintyre.

He did not have any children with his first wife Allegra Mostyn-Owen.

Carrie Johnson, a communications executive and conservationist, has previously used Instagram to announce the name of their first-born Wilfred Lawrie Nicholas Johnson, with the name Nicholas chosen in a nod to the two doctors who saved the UK PM’s life when he was down with COVID-19 last year.

The new baby is now the fifth child born to a sitting British Prime Minister in 170 years.

Former Prime Minister Tony Blair’s wife Cherie had given birth to son Leo in May 2000, three years after her husband’s first election victory, and David Cameron and wife Samantha brought daughter Florence to Downing Street in 2010.

Prior to that, Lord John Russell, who was Prime Minister in the 19th century, fathered a child while in office.