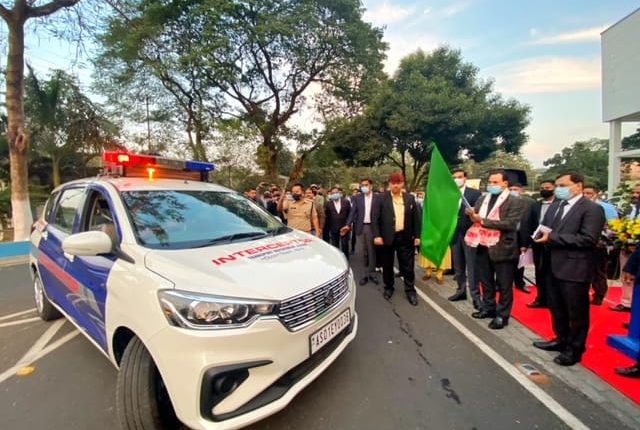 AZIR KHOBOR, GUWAHATI , December 29 : Strict enforcement drive has been taken out throughout the state against driving without helmet by both rider and pillion rider, drunken driving and over-speeding of vehicles in order to achieve zero accident on the last day of this year. This exercise is being carried by Police, Transport and Excise department officials. Since 1st December, more than 11,000 cases of riding without helmet have been detected by Transport department.

As a part of the initiative to achieve the goal of zero accident on the last day of the year and overall reduction of accidents throughout the State, Transport Minister Chandra Mohan Patowary flagged off 9 highly advanced Traffic Interceptor Vehicles (TIV)s today at Assam Administrative Staff College. The newly deployed TIVs will be operational in Baksa, Dhubri, Hojai, Karbi Anglong, Morigaon, Sivasagar, Kamrup, Lakhimpur districts and also will be used by the Central squad of the Commissioner of Transport. Earlier 15 numbers of TIVs were deployed and 11 numbers of Speed Guns were distributed for effective enforcement of traffic regulations.

It may be mentioned that the TIVs are fitted with Automatic Number Plate Recognition System (ANPR) Camera, which may be used not just in detecting over-speeding cases, but also for other offences like non-wearing of helmet, seatbelt etc. along with breath analyzers to enforce against drunken driving.

Transport Minister Patowary called upon the people of Assam to abide by the traffic rules to make Assam accident free and save precious lives. ‘On 31st December 2020 and 1st January 2021 alone 29 lives were lost in 69 numbers of accidents. By following all the traffic regulations, let us move towards 2022 with a pledge to make Assam roads accident-free’, appealed Patowary. 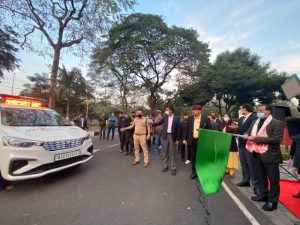 During the meeting, it was discussed that in the last 3 years, from 2018-2020 the state has seen 23,191 numbers of road accidents which claimed 8803 number of fatalities in these accidents. The paining fact is that about 56% of the death victims were in the age group of 18-35 years, the most productive age group. Of all these accidents, 6149 numbers of two wheelers were involved. Noticeable point is that about 75% of the road accidents have happened due to over-speeding.

Principal Secretary, Dr KK Dwivedi asked the Health Department officials to identify and upgrade hospitals along the highways as Trauma Centres. He also asked NHAI and NHIDCL officials to construct truck bays to avoid accidents on the highways.

Hiren Nath, ADGP (SB); Adil Khan, Commissioner of Transport and other senior officials were present in the meeting. 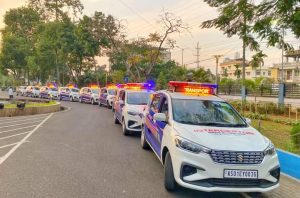