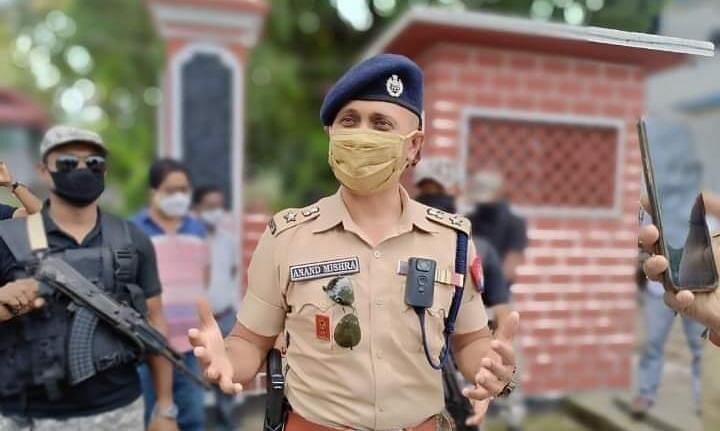 GUWAHATI:  An IPS officer Anand Mishra the Nagaon district Superintendent of Police, tested positive for Covid-19. He was found to be infected with the virus and was placed under quarantine. Mild symptoms have been recorded by the police, who are following all Covid-19 guidelines.

On Thursday Assam Governor Jagdish Mukhi also has been hospitalized after he tested positive for COVID-19, The governor’s medical parameters are within normal range and he is asymptomatic, the official said. His wife has tested negative for the infection and is staying at Raj Bhawan.

According to a National Health Mission (NHM) bulletin, 3,274 new COVID-19 cases were reported on Wednesday, up 437 from the previous day, bringing the total to 6,35,050. There were 1,138 new cases in the Kamrup Metropolitan, which includes Guwahati city, up from 870 on Tuesday, while 287 new infections were reported in Cachar and 172 apiece in Jorhat and Kamrup (Rural). The death toll increased to 6,189 as four more people succumbed to the sickness – two from Dibrugarh and one each from Cachar and Sonitpur