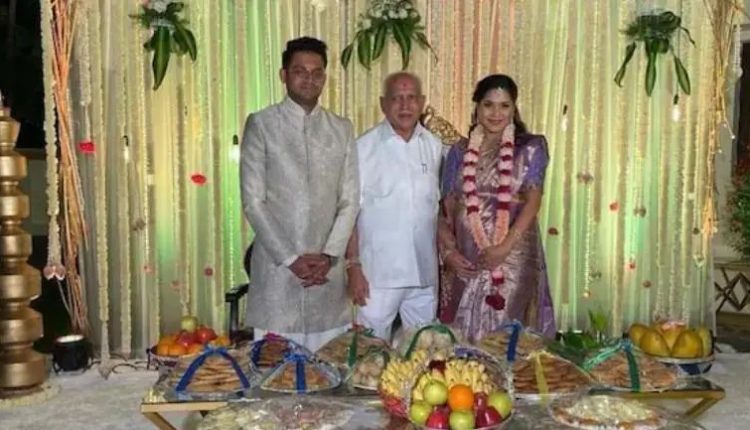 Karnataka former chief minister and BJP leader BS Yediyurappa’s grand-daughter Soundarya died after committed suicide on Friday. Her body was found hanging in her Bengaluru apartment in the morning.

Soundarya, in her early 30s, was a doctor at MS Ramaiah hospital in Bengaluru.

According to the police, she was living with her husband, a fellow doctor, and a six-month-old child at an upscale apartment near Mount Carmel College. Karnataka Home Minister Araga Dnyanendra said that Soundarya has been battling with the postpartum depression and the family knew about it.

“There is no suspicion. We all knew she was battling depression post pregnancy. Yediyurappa himself brought her to his place at times to make sure she’s happy,” Dnyanendra said.

A close friend of the family, Dnyanendra said that Yediyurappa was really upset over the death of his granddaughter.

Soundarya was the daughter of Yediyurappa’s first daughter Padma, the eldest in the family.

Her body was sent to government-run Bowring hospital for postmortem to ascertain the cause of death.

NRL rated ‘Excellent’ in MoU for FY 2020-21 by Department of Public Enterprises(DPE).