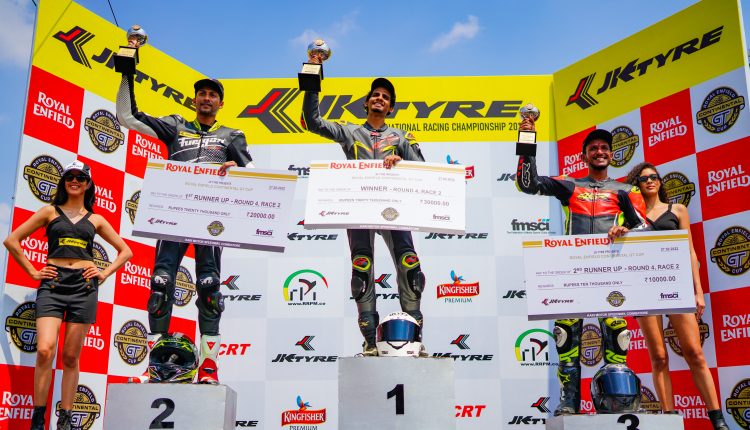 Royal Enfield, the world’s oldest motorcycle brand in continuous production, concluded an exhilarating inaugural season of India’s first retro-racing championship – JK Tyre presents Royal Enfield Continental GT Cup 2021 – at the Kari Motor Speedway in Coimbatore this weekend. The event witnessed phenomenal response from the 2-wheeler racing community and this inaugural season had participation of the top 18 riders from different parts of the country, who brought out their best racing skills on the circuit.

The Royal Enfield Continental GT Cup 2021, made its debut on the race track in September 2021, under the aegis of Federation of Motorsports Club of India (FMSCI). The championship racing event, conducted as part of the JK Tyre National Racing Championship 2021, was staged across four rounds that offered the young and aspiring riders a new platform to showcase and hone their racing skills with the Royal Enfield Continental GT-R650. 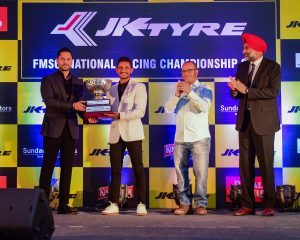 Royal Enfield has retained everything under the skin of the Continental GT 650 stock motorcycle and minimally modified the vehicle with a retro fairing, stiffer suspension, a more committed riding posture and stainless steel exhausts suited for track racing.

The enrollment process to this inaugural season of the championship received entries from nearly 500 racing enthusiasts from all across the country. The selection process had participation from over 100 riders and the 18 fastest riders made it to the final grid. The track-ready Continental GT-R650, with its minimalistic, yet purpose-built modifications provided an un-intimidating, agile and spirited performance on the track that exceeded all expectations to offer a unique and engaging racing experience to these riders.

For the majority of the race, it was a three-way battle between Anish, Allwin and Meka Viduraj where Allwin won the final round followed by Meka Viduraj and Anish in second and third place respectively. However, Anish Damodar Shetty continued to dominate in the first 3 rounds and secured the top spot, securing maximum points to win the overall championship.

The champion, Anish Damodar Shetty from Hubli is a 27 year old professional motorcycle racer, software engineer and a fitness enthusiast. Both Allwin and Anfal are young racers from Thrissur, Kerala. Anish was closely followed throughout the season by Allwin, a 22-year old adrenaline junkie who loves to be around motorcycles all the time. Anfal, only 21 years old, has started practicing on tracks since 2019 and has already left a big mark in his debut year in racing competitions. 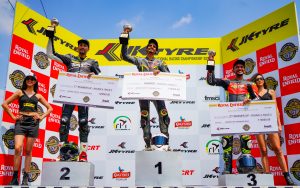 Royal Enfield has further plans to launch track schools in the near future to encourage rider skill development in a safe and controlled environment. These schools shall also double up as a stepping stone for those wanting to participate in the racing championship in the forthcoming seasons, while filling up the off-season calendar.

With the resounding success of Season 1 of Royal Enfield Continental GT Cup, Royal Enfield has big plans for next year and aims at offering more exciting opportunities for aspiring racers and taking the retro championship experience a notch higher.