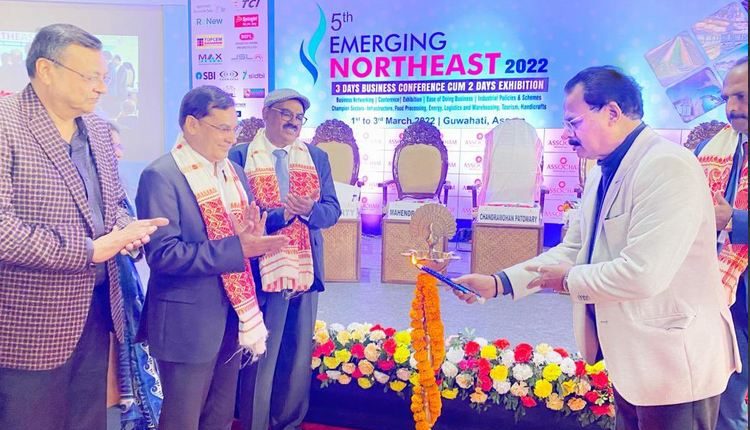 Guwahati,March 01: As the government of India under the PM’s Gatishakti policy , working for the connectivity of different states of India. The Honarable Minister of ports, shipping, waterways and Minister of Ayush, Shri Sarbananda Sonowal has been focusing on providing an integrated connectivity  ecosystem to create a compititive and sustainable logistic supply chain to North Eastern states.

Focusing on reconnecting Haldia with Pandu port in Guwahati to harness the energy of cargo transit through the combined power of sea and river.

Having partners with Syama prasad Mookherjee port (SPM) in kolkata which have been holding unique advantages of having rails,roads, and inland waterways connectivity.

NW 1 and 2 Provides immense opportunity for the stakeholders to use the port ecosystem to create a sustainable for the transit of goods to and from the North East via Indo-Bangla protocol route as alternative to northeastern states to have cost and time advantage.

Shri Vinit Kumar  Chairman of SPM kolkata held a discussion with the investors  and importers/exporters.

Mr.Kumar address the stakeholders and urged the business community to come forward while reassuring all infrastructural and organizational support from SPM to facilitate cargo. Movement from Haldia and kolkata port to Pandu in Guwahati.

He added ” the infrastructural development will not only boost the trade potential but also it will generates employment opportunities in the region.

First consignment Set a host to Delivery food grains from Patna was flagged off in the first week of February 2022 to Pandu.

He also bring back the old Tea trade ties with Assam even now more than 1.5 lakh tonnes of tea is getting exported.

The port will also plans to develop an integrated seamless end to end delivery infrastructure and organizational system, connecting not only Pandu, Silchar,and Karimganj in Assam , but also others NE states like Tripura and Mizoram via chattogram in addition to Barak valley all the way to Sittwe in Myanmar.”

Ukraine: Huge explosions records in a camera while a journalist reporting live from Kyiv