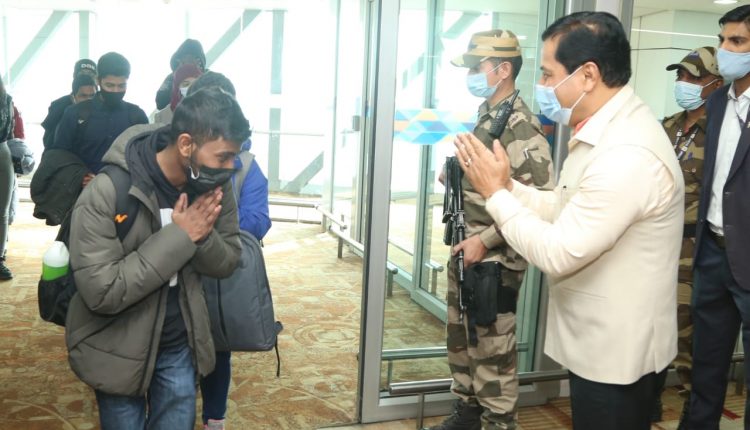 Delhi, March 08: In the amidst of war between Ukraine and Russia on Tuesday india started evacuating its stranded citizens from Ukraine’s Sumy to Poltava under Operation Ganga after the announcement of Russian ceasefire today from 10 am (Moscow time) for providing humanitarian corridors in the cities of Kyiv, Chernihiv, Sumy, Kharkiv and Mariupol.

Union Minister Shri Sarbananda Sonowal today welcomed students and evacuees from Ukraine under Operation Ganga at IGI Airport, New Delhi. The students were in a Spicejet flight that landed from Suceava, Romania this morning. 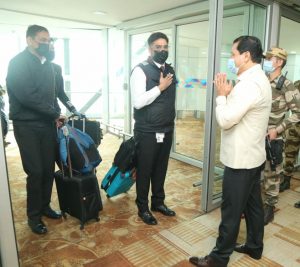 Operation Ganga is an ongoing effort by the Government to bring back thousands of Indians from war-torn Ukraine by air to the country’s soil. With its successful implementation under the strong leadership of Prime Minister Shri Narendra Modi, hundreds of students from Assam as well as the North East have been safely evacuated and have now been transported to India. The Union Minister thanked and appreciated the Prime Minister for this timely move.